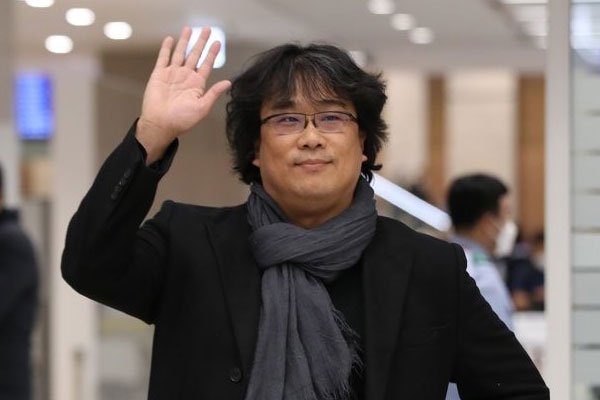 The director made history for his film “Parasite” which became the first non-English film to win Best Picture at the Academy Awards.

Upon his return on Sunday, Bong thanked reporters, photographers and fans who were waiting for him at Incheon international Airport. He will hold a press conference in Seoul on Wednesday with the crew and actors of “Parasite”.