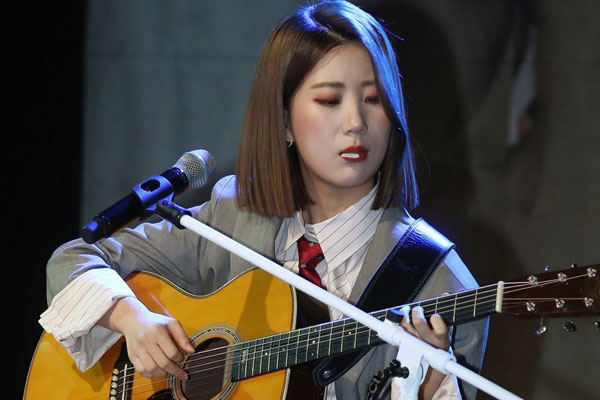 Woo Ji-yoon of Bolbbalgan 4 (BOL4) has decided to leave the group citing concerns about the direction of her future career.

In a handwritten letter, Woo, who was the guitarist and backup vocalist of the group, thanked her fans and admitted that she had been thinking about leaving for some time.

The group’s management announced BOL4 will remain under the same name with Ahn Ji-young as the sole member, without recruiting new members. The agency also hinted that BOL4’s new album will be released in May.