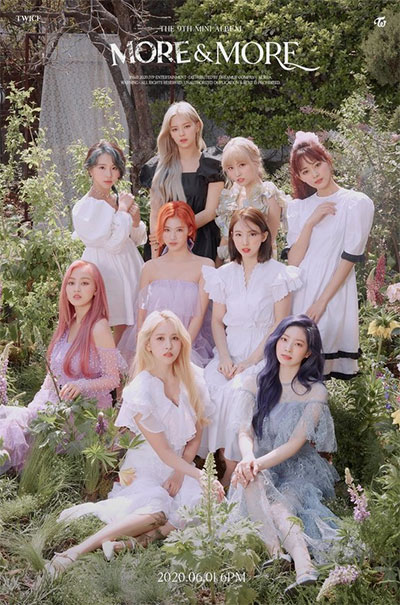 Popular girl group TWICE has made a comeback with its ninth EP “More & More” on June 1. The title song “More & More” has been produced by Park Jin-young, the founder and chief producer of the band’s label JYP Entertainment.

The release is the first in a series of major K-pop comebacks expected to heat up the early summer K-chart race.

The new release is the first since TWICE’s previous EP, “Feel Special,” which was released in Sept. last year.