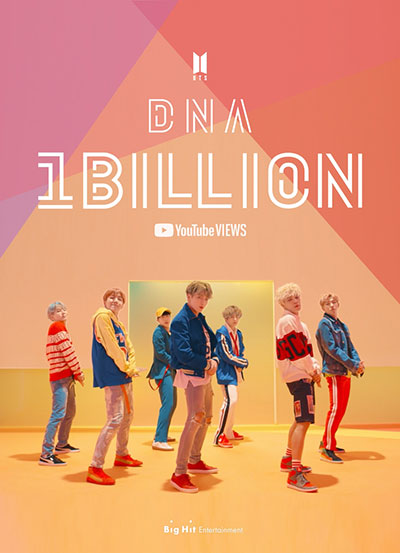 The music video of BTS’ 2017 hit “DNA” has topped one billion views on YouTube. It is now the band’s first music video to pass the milestone.

“DNA” is the lead track of the group’s album “Love Yourself: Her” and it passed the one billion view mark early Monday morning in Korea. The track stayed on Billboard’s Hot 100 chart for four consecutive weeks and was certified “Gold” by the Recording Industry Association of America.

The track is now BTS’ most viewed video, with “Boy With Luv” featuring Halsey following second with over 700 million views.