Sequel to ‘Train to Busan’ to premiere next month 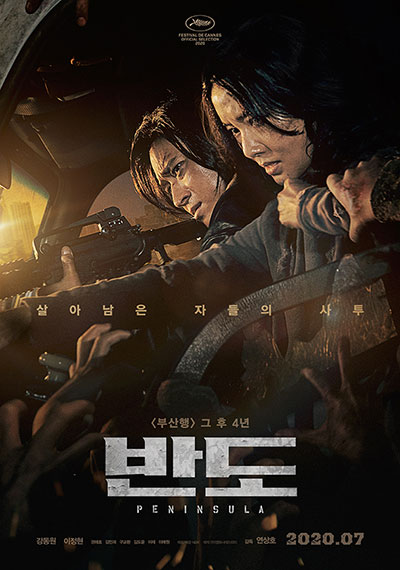 The highly anticipated sequel to the 2016 zombie thriller hit “Train to Busan” will hit local theaters next month.

Titled “Peninsula,” the film directed by Yeon Sang-ho has been invited to this year’s Cannes Film Festival. It is Yeon's third Cannes' entry following the animated film "The King of Pigs" (2011) and "Train to Busan.”

“Peninsula” is set in the same universe four years after its predecessor, in which the whole country except for the southern port city of Busan is hit by zombies and tells the story of the survivors who are living in a land which is in a state of anarchy.