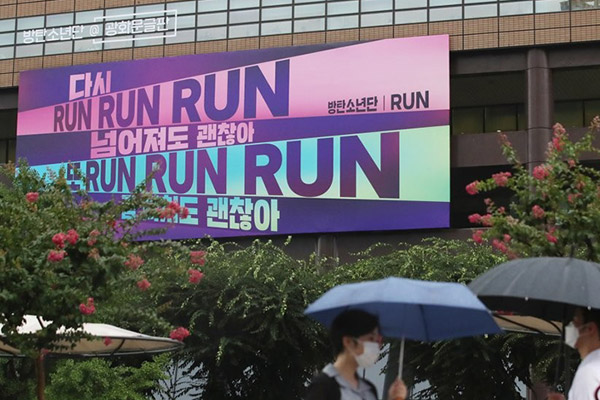 The lyrics to global K-pop group BTS’ song “Run” are being featured on an iconic billboard in downtown Seoul.

The banner is 20 meters by 8 meters in dimension and the encouraging message will be on display for a month.