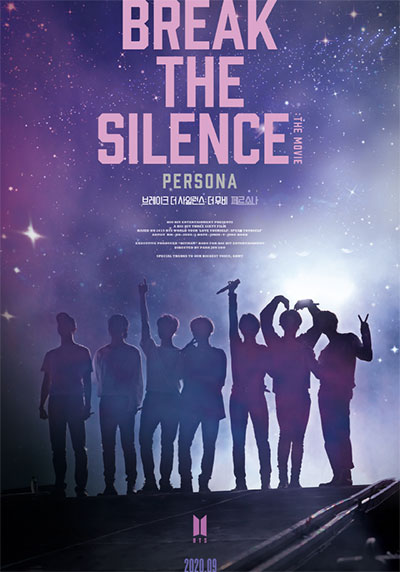 A new feature-length documentary on the K-pop act BTS will hit theaters in September.

Called “Break The Silence: the Movie” the documentary film will be released on Sept. 10 exclusively at Korea’s largest theater chain CGV.

The latest film is the 4th theatrical film on BTS and will also hit theaters in over 70 countries on the same day, and on Sept. 24 in 40 other regions.