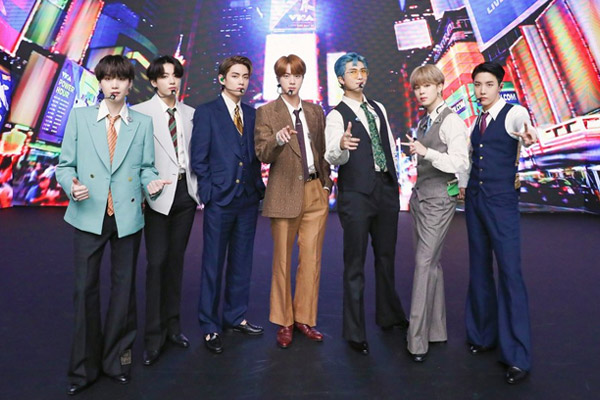 The VMAs were held in the United States on Sunday (U.S. time) and the group performed their latest single “Dynamite” for the first time on TV during the ceremony.

The group won in the categories of best pop, best group, best K-pop and best choreography with "ON," the lead track from "Map of The Soul: 7" released in February.