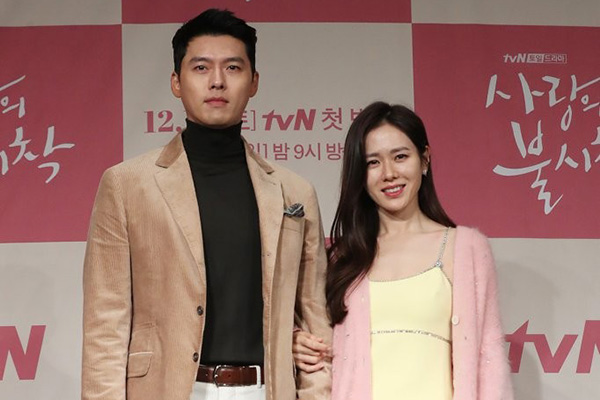 On-screen couple Hyun Bin and Son Ye-jin from the hit drama “Crash Landing on You” have been confirmed to be dating by their respective agencies.

Hyun Bin’s management confirmed the news saying the two stars’ relationship developed into a romantic one after the drama series concluded, while Son’s agency also said the two have started dating in March.

“Crash Landing on You” launched in December 2019 and the two main stars have repeatedly denied rumors that they were in a relationship.