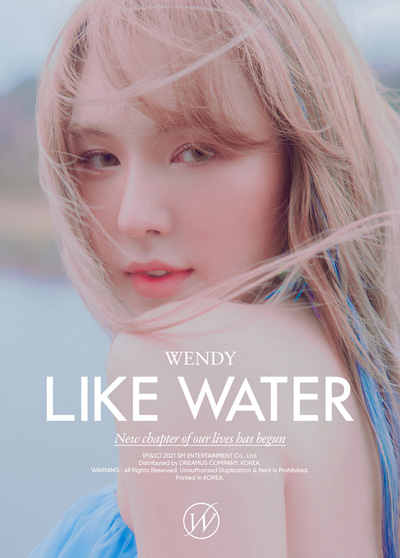 Wendy, the lead vocalist of the K-pop girl group Red Velvet, will be releasing her first solo album next month.

“Like Water” will be released on April 5 with pre-orders set to begin on March 31. The album includes five tracks.

Wendy is known not only as the main vocalist of Red Velvet but also as the voice behind several original soundtracks for popular K-drama series such as “The Beauty Inside” and “Start Up.”