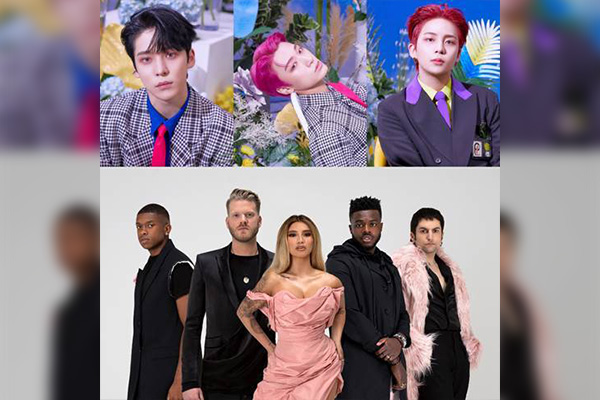 Ateez members Yunho, San and Jongho have collaborated with the Grammy-winning a capella group Pentatonix.