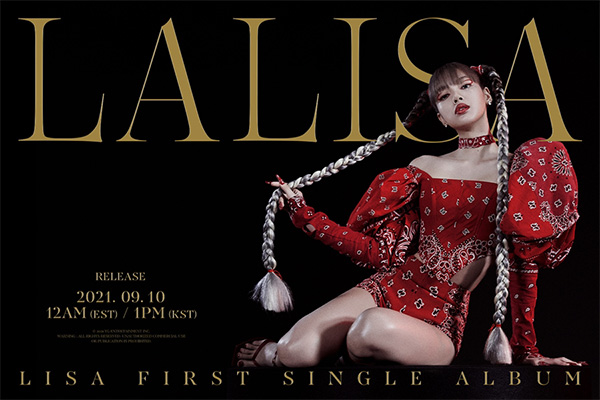 BLACKPINK’s Lisa will be making her solo debut this week. With the upcoming release, Lisa’s label has revealed the tracklist for the new album.

Titled “Lalisa,” the new album includes four tracks in total with two new songs “Lalisa” and “Money” and the instrumental versions for both songs.