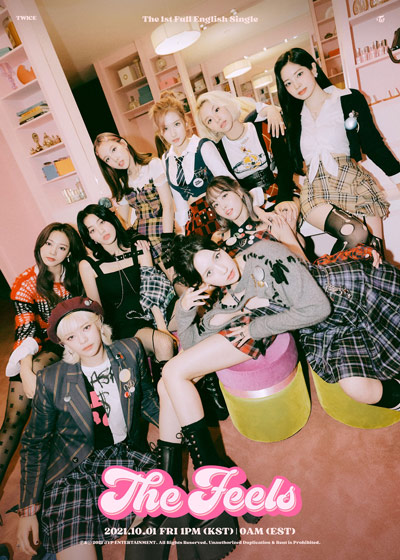 TWICE will release its first English single this week.

The band’s first English single “The Feels” will drop on Oct. 8 according to JYP Entertainment, signalling a full-scale inroad into the North American music market.

The group has released English versions of songs from its Korean albums but the fast-tempo disco number depicting the feeling of falling in love at first sight will be the group’s first English single since it’s debut in 2015.