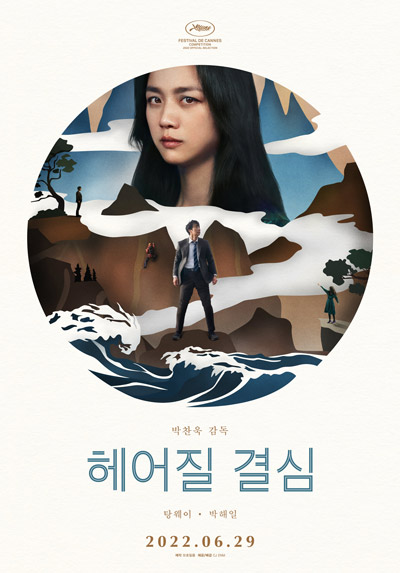 Two Korean films will be competing for the top honor, or the Palme d’Or, this year at the Cannes Film Festival.

The two films are "Decision to Leave" by renowned director Park Chan-wook and "Broker" by award-winning Japanese auteur Hirokazu Kore-eda.

“Decision to Leave” is a mystery romance and Park’s first feature in six years since “The Handmaiden” (2016) which was also invited to Cannes. "Broker" is written and directed by Japanese director Kore-eda but produced, invested and distributed by Korean companies. It also stars Korean actors, including Song Kang-ho of "Parasite" and IU (or Lee Ji-eun).

The Cannes Film Festival will run through May 28.