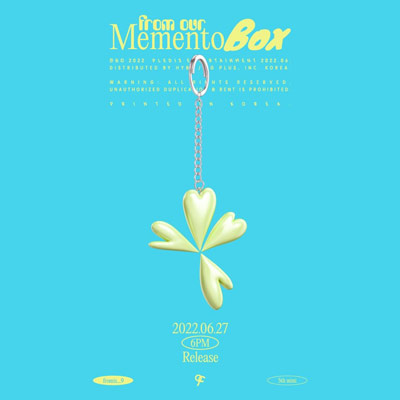 fromis_9 will be making a comeback soon. The group’s label, Pledis Entertainment, announced they will be releasing their fifth mini album “From our Memento Box” on June 27.

As previously announced, the group’s youngest member Jiheon, who had been on a temporary hiatus, is expected to be returning for the comeback activities.

The group reportedly shot their music video for the new album in Saipan.