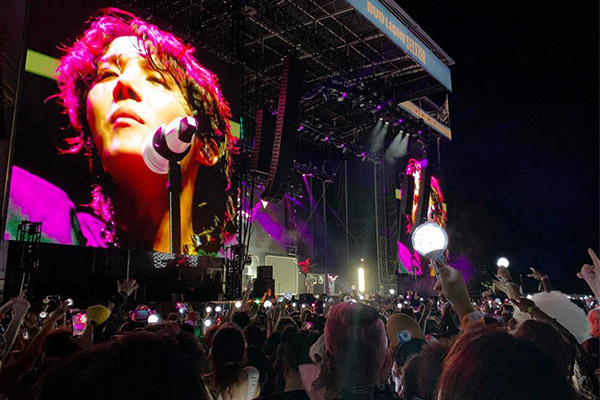 The star appeared to dramatically pop out of a box as he took the stage in Chicago's Grant Park on Sunday local time, while the crowd rapped and sang along to songs from his new solo album, “Jack in the Box,” and to BTS classics such as "Dynamite."

This year's edition of Lollapalooza also featured the U.S. festival debut of Tomorrow X(by) Together, another Korean boy band that is under the same label as BTS.