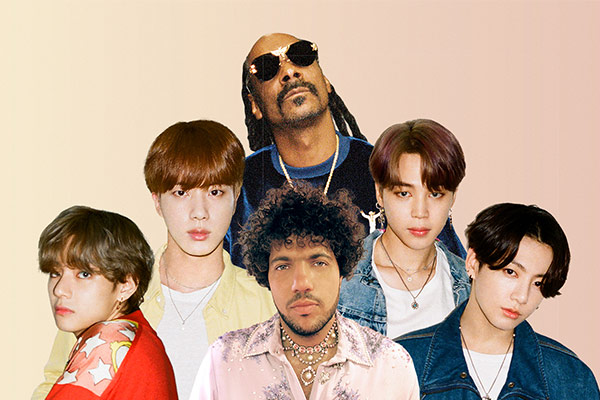 “Bad Decisions,” a collaboration between Jin, Jimin, V, and Jungkook of BTS; US producer, singer and songwriter Benny Blanco; and rapper Snoop Dogg, has topped iTunes charts in 74 countries a day after its release.

Released on Aug. 5, the song ranked No. 1 on iTunes Top Songs charts in the US, Sweden, Norway, Canada and other countries the following morning. The music video for the song reached 10 million views on YouTube within 18 hours of its release.

"Bad Decisions" will be included on Blanco's third full-length album to be released later in the year.