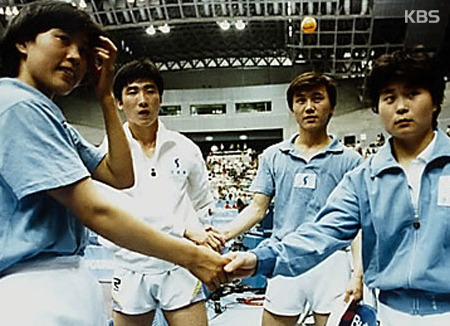 South and North Korea formed a joint team in women’s ice hockey for the 2018 PyeongChang Winter Olympic Games. That was the first unified Korean team in Olympic history. Although the joint team failed to win a match, harmony and cooperation among the members delivered a message of hope and peace to the entire world. The history of a joint inter-Korean sports team dates back to the year 1991. Today, we’ll talk about the inter-Korean unified team at the 1991 World Table Tennis Championships.

This small unification in table tennis should not end up being a one-time event, and I feel grave responsibility for that.

You just heard from Park Seong-in, who served as the head of the South Korean side of the working-level committee for the creation of a joint inter-Korean team at the 1991 World Table Tennis Championships in Chiba, Japan. On February 12 that year, two months before the championships, South and North Korea finalized the formation of a single team during the bilateral sports talks at the truce village of Panmunjom. With the Cold War structure beginning to collapse in the late 1980s, South and North Korea also faced a turning point in their relations. Following their joint support at the Beijing Asian Games in 1990, the two Koreas agreed to field the first unified team in table tennis since national division. Under the name of “Korea,” the joint delegation consisted of 62 members, 31 each from South and North Korea. Hyun Jung-hwa, who is now the coach for the table tennis team of the Korea Racing Authority but was a key player of the inter-Korean team in 1991, recalls the moment 27 years ago.

We trained together for only one month. At first, I felt kind of relieved that I didn’t have to compete against North Korea and I thought it would be a success if the joint team tried its best to reach the finals. Athletes from South and North Korea used different terms about table tennis when holding meetings or analyzing strategies. But we still could understand each other because we used the same Korean language, so we had no problems with the terms. Also, in the course of trying to narrow technical differences, we never showed conflicting views or argued.

Players from South and North Korea met for the first time in the Japanese city of Nagano on March 26, 1991, about 30 days before the championships kicked off. South and North Korea had been divided for 46 years, but the athletes from the two sides trained together in a very friendly mood. After one month of training, they participated in the competition on April 24, wearing a mark featuring the image of a blue Korean Peninsula on their chests, not their respective national flags. Ms. Hyun continues.

It felt completely different. I was being watched by 70 million Korean people, including those in North Korea and 40 million in the South. I hoped to do better and I should do better. With that hope in mind, I was able to perform well.

Filled with emotion, Team Korea stood on its first international stage. The team consisting of Hyun Jung-hwa and Hong Cha-ok from South Korea and Ri Pun-hui and Ryu Soon-bok from the North kept on rolling and advanced to the finals of the women’s team event. But in the finals, the inter-Korean team faced China, a seemingly invincible team that had claimed eight consecutive world championship titles since the 1975 competition in Calcutta, India. Worse yet, it was difficult for North Korean member Ri Pun-hui to play in the finals because she was suffering from hepatitis. Let’s hear again from Ms. Hyun.

Actually, Pun-hui couldn’t do well even in practice sessions due to her poor health. Hepatitis usually makes the patient feel tired quickly. Her unstable condition was shown in the games, and I felt extremely nervous. But I tried to reassure her. I said to her, “It’s OK. I’m feeling good now, so you don’t have to do well. It’s still OK to lose the game. Just feel free.” If athletes feel relaxed, they are more likely to do better and win the game. But if they are nervous, things may get more difficult. I didn’t want her to feel that way, and that’s why I made even more efforts to perform better.

The members complemented and encouraged each other to become a truly unified team. On April 26, Korea pulled off a dramatic win over China in the finals. In the first round of women’s singles, Ryu Soon-bok, who replaced Ri Pun-hui, beat Deng Yaping, who was ranked No.1 in the world. In the second round, Hyun defeated the world No.2, Gao Jun. But Korea lost to China in the following two games, meaning the two nations were all-square going into the fifth and final match. In a tight match, Ryu from Korea beat Gao from China 2-0. After four hours of the fierce game, Korea won the gold medal in the women’s team event. Hyun still vividly remembers the thrilling moment at that time.

Soon-bok was not very confident, but she somehow won the game. The scene was so unreal that I was wondering what was happening. I desperately hoped to win, and I thought we achieved a small unification. I was 21 years old. It was wonderful to be with them, and it was a heartwarming experience. I wished they were all South Korean athletes. I hoped I would not compete against them forever and we would continue to play as a single team. In the locker room, the four members hugged one another and cried a lot.

South and North Korea had never defeated China in previous table tennis championships, where they competed separately. But it turned out that the seemingly unbeatable China was no match for Team Korea.The members of the inter-Korean team stood atop the podium, hand-in-hand, with the Korean Peninsula flag raised and the Korean folk song of Arirang resonating. The 1,000-member cheering group as well as the athletes sang Arirang together, wishing for the unification of Korea. Let’s hear from some spectators expressing their feelings.

.. I was moved to tears. I wish Korea will be unified soon.
..The two Koreas became one to win the championship. Now, Korea is a table tennis powerhouse.

On their last night before the team was disbanded, Hyun gave a special gift to Ri.

I gave a ring to Pun-hui. At first, she refused to accept it. I said that it was a small thing and she could take it as a symbol of our friendship. I told her to cherish it and remember me. Afterwards, I missed her all the more because I didn’t have the opportunity to see her again. I thought we would meet again as long as we were table tennis players. Unfortunately, we have never met again since then, and I found myself missing her a lot. I’m not a separated family member, but it feels like I left one of my family members in North Korea.

Hyun expected that she would see Ri again soon in other competitions. But Team Korea has never been reunited for the following 27 years. Still, Hyun says that she believed in the power of sports when she saw another inter-Korean joint team at the recent PyeongChang Winter Olympics.

I’ve always said that sport is the first area that can pave the way for inter-Korean exchanges. This was proven in PyeongChang. Starting with sport, South and North Korea carried out cultural exchanges and held political working-level talks as well. Again, I’d say that sportis the first means of helping the two sides open up their minds to each other.

The inter-Korean table tennis team, which beat China to clinch the gold medal in 1991, and the joint Korean team in women’s ice hockey at this year’s PyeongChang Winter Olympics gave us the same lesson that sport movesbeyond ideologies and bring South and North Korea together. Indeed, sport comprises a shortcut to inter-Korean peace and reconciliation.

Next week, we’ll shed light on the two Koreas’ simultaneous joining of the U.N. in 1991.
Share
Print
List 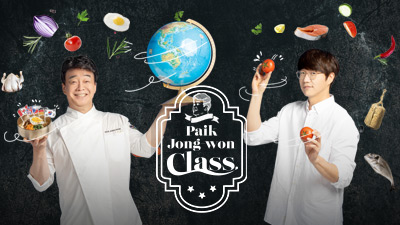