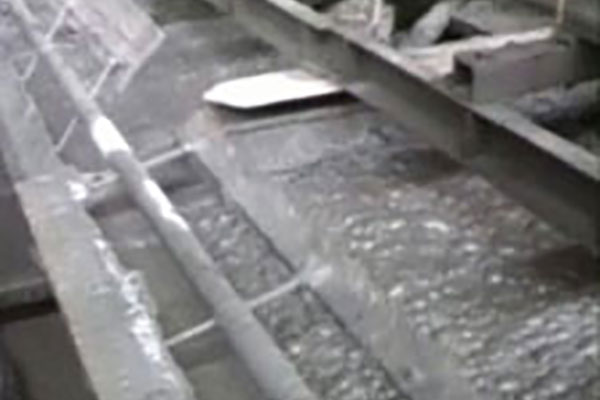 South Korea’s economy is going through a well-documented slow-down, with low-growth, poor job prospects, and falling stock prices. But the positive improvement in inter-Korean relations, highlighted by three summits this year alone, raise hopes for an economic turnaround. Specifically, greater attention is being paid to joint development of North Korea’s abundant mineral resources.

According to the Korea Resources Corporation in South Korea, the potential value of North Korea’s untapped mineral resources is estimated at around 3.9 trillion US dollars. North Korea is believed to be one of the world’s top ten richest countries in terms of mineral resources like graphite, copper and magnesite as well as rare metals such as tungsten and molybdenum.

Working together, South and North Korea could capitalize on these vast resources, moving beyond the realm of simple economic trade and investment and bring greater prosperity for all on the peninsula. But in fact, mineral cooperation between South and North Korea started about ten years ago.

Today, we’ll take a look back at an inter-Korean joint inspection of mineral resources in North Korea’s Dancheon area in 2007. Let’s hear from Park Heung-ryeol, the first chairman of the South-North Korea Exchanges and Cooperation Support Association, which was set up in 2007 to promote various inter-Korean cooperation projects, including on mineral resource exploration and extraction.

South Korea is not a recipient of North Korea’s rich mineral resources. Instead, it imports most raw materials from overseas.

Before serving as the chairman of the association, Mr. Park was in charge of inter-Korean economic cooperation at the Unification Ministry. From 2005 to 2006, he participated in inter-Korean negotiations on light industry and mineral resources.

Seoul and Pyongyang held 13 rounds of economic cooperation promotion committee meetings, and the most important agreement was reached at the tenth meeting in July 2005.

As the spokesman of the South Korean delegation at the time, Park used a term, “new economic cooperation,” when announcing the result of the meeting.

North Korea cannot afford to capitalize on its rich mineral resources. The country also lags behind in light industry because it has shifted resources into other sectors, such as heavy chemicals. Scarce raw materials for light industry make it harder for citizens to secure daily goods.

Light industry in South Korea, on the other hand, is highly developed, even though the resource-poor nation must import natural resources from overseas. So, it would be ideal if the two Koreas complement each other and pursue a reciprocal model.

Historically, inter-Korean economic cooperation, by and large, was limited to South Korea’s one-sided aid for the North, whether it was carried out in the form of a loan or free support. But the exchange of raw materials for the consumer industry with mineral resources was based on the principle of mutual give-and-take. Moreover, it was North Korea that first signaled interest in the idea. It carefully analyzed South Korea’s economic situation before making the proposal. Considering all these aspects that were clearly different from those of previous inter-Korean exchanges, we named it a “new economic project.”

Under the inter-Korean agreement to push for a “new form” of economic cooperation, South Korea would supply light industry materials to the North, which would pay for them in mineral resources or development rights. Born out of mutual economic needs, the business model signaled a new beginning of complementary economic cooperation between the two sides, evolving beyond South Korea’s one-way economic assistance.

It is also worth underlining that it was Pyongyang that first proposed this cooperation. North Korea was badly in need of South Korea’s capital and technology to develop its consumer industry. South Korea, for its part, could replace some of its imports it relies on with underground resources from North Korea and if so, it also could reduce relevant transportation costs. The promising symbiosis allowed negotiations to proceed smoothly.

At the 18th inter-Korean ministerial talks in 2006, South Korea proposed designating North Korea’s Dancheon area as a special district for resources development. The two sides held working-level contact in Gaseong in July 2007 and agreed on specifics about light industry and mineral resource development.

Under the agreement reached in Gaeseong, South Korea would provide the North with raw materials worth 80 million dollars. In return, North Korea would first pay back 3 percent of the 80 million dollars to the South that year in mineral resources. The remaining was a loan that would be repaid in the form of mineral resources or development rights over ten years with a grace period of five years. The two sides also agreed to jointly inspect the Geomdeok(검덕), Ryongyang(룡양) and Daeheung(대흥) mines in North Korea’s Dancheon area.

On July 25, 2007, 500 tons of polyester fabrics departed Incheon Port for North Korea’s Nampo Port. It was the first shipment of South Korean raw materials to be used to produce clothes, shoes and soap needed for internal production and consumption in North Korea.

Three days later, on July 28, a South Korean inspection team consisting of experts on mining, railways and electricity launched an on-site survey of the three North Korean mines in the Dancheon area in cooperation with the North.

The three mines are in North Hamgyeong Province to the northeast, and have rich reserves of magnesite and zinc. The Ryongyang mine, in particular, contains some 3.6 billion tons of magnesite. Billions more tons of magensite are also buried in the Daeheung Mine, while the Geomdeok mine is believed to sit on 300 million tons of zinc. Through their joint inspections, South and North Korea verified the technical and commercial feasibility of the resource development project.

As the head of the association in charge of the project, Mr. Park led the South Korean inspection team. He says North Korea seemed to be strongly committed to the project.

Reflecting a major shift in its attitude, North Korea was willing to show its mines in such a remote area and even a power plant at the Hochon(허천) River, which they called one of the highest-level security facilities. They allowed the South Koreans to look around the area from a helicopter above the river. It showed how enthusiastic North Korea was about the project.

North Korea sent 998 tons of zinc to South Korea in December 2007 and January 2008 as payment for Seoul’s provision of raw materials. Pyongyang’s delivery of zinc demonstrated the regular two-way, or give-and-take, economic exchange.

The win-win model enjoyed smooth sailing until 2008, when follow-up talks fell through in the wake of the shooting death of a South Korean tourist at the Mt. Geumgang resort in the North. The project has since been suspended for the last ten years.

Fortunately, following this year’s first inter-Korean summit in April, hopes are high that a return to this inter-Korean light industry and mineral resources project is feasible once again. That is because the development of mineral resources in North Korea has to do with President Moon Jae-in’s “new economic map of the Korean Peninsula” drive.

If that’s the goal, Mr. Park stresses that the two Koreas should resume this project first. If and when the project resumes, both sides will surely be able to build a new level of mutual confidence and move together toward co-prosperity.