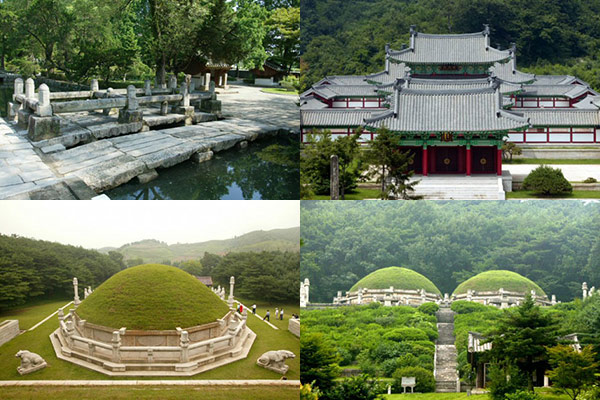 The leaders of South and North Korea, Moon Jae-in and Kim Jong-un, held their third summit in Pyongyang in September and reached a wide range of agreements, including normalizing the Mt. Geumgang tour program and restarting the Gaeseong Industrial Complex once proper conditions are met. The tour project was suspended in 2008, while the joint factory park stopped operating in 2016.

As a matter of fact, South and North Korea once ran successful tours to the northern city of Gaeseong, where the inter-Korean joint industrial complex is located. Today, we’ll take a look back at those tours with Shim Sang-jin, professor at the Department of Tourism Management at Kyonggi University, who worked as the managing director of Hyundai Asan in 2007, which took charge of the Gaesong tour program.

Gaeseong was the capital of the Goryeo Dynasty for 500 years. The city eventually fell just north of the border after the Korean War in the early 1950s. For South Koreans who haven’t been allowed to visit the city since, tours to the ancient capital offer a glimpse into the old Korean kingdom.

Gaeseong is just 78 kilometers away from Seoul. In good traffic it takes only an hour and ten minutes from Gwanghwamun in central Seoul to downtown Gaeseong by car.

Gaeseong is a treasure trove of history and cultural legacies, including royal tombs, Buddhist temples, and a stone bridge where a bloody murder led to the fall of the Goryeo Dynasty, to name just a few things.

The city is located between Seoul and Pyongyang, so it could serve as an outpost for North Korean tours when inter-Korean relations improve. Indeed, tours to Gaeseong are highly significant in many ways.

Gaeseong has a number of historical sites, including the Seonggyungwan(성균관), the most highly-regarded educational institution of the Goryeo Dynasty, and the Seonjuk(선죽) Bridge where the late Goryeo kingdom politician Jeong Mong-ju(정몽주) was murdered. The famous Bakyeon(박연) waterfall is also nearby, considered one of the three most beautiful natural wonders of Gaeseong. The city’s proximity to both Seoul and Pyongyang are another attractive element of the city.

For these reasons, Hyundai Asan, the inter-Korean business arm of Hyundai Group, set the groundwork for Gaeseong tours as early as 2000, when it agreed with North Korea to build the titular industrial complex there. The first South Korean tour group crossed the DMZ enroute to Gaesong.

Early in the morning on August 26, 2005, a 500-member South Korean tour group, including government officials and Koreans with ancestral ties to Gaeseong, left Gyeongbok Palace in downtown Seoul. After a brief journey north, the group was able to experience the Goryeo Museum, the Seonjuk Bridge and Bakyeon waterfall.

Construction of the Gaeseong industrial complex started in 2003, and we tried hard to launch Gaeseong tours around that time. But North Korea’s primary concern was the development of the industrial park, not the tour program.

Tourists to Gaeseong would look at local citizens over the bus windows and take a peek into their everyday life. They were supposed to have lunch at a local restaurant in Gaeseong so they could experience North Korean culture more directly, compared to their counterparts touring Mt. Geumgang.

Of course, it was a rare and great opportunity for South Korea to get closer to the North. But for North Korea, it was necessary to minimize contact with local residents as much as possible. It was not until 2007 that the official tour program finally started.

The tour program took an average of 300 to 400 tourists to Gaeseong six days of the week. There were far more applicants, in fact, but only a limited number of tourists were allowed to join the daily tour, due to poor infrastructure in North Korea.

While visiting various places, a North Korean tour guide would explain what was being seen. Many South Korean visitors were impressed by the history and culture of the ancient Goryeo Kingdom. Perhaps the most rewarding part was seeing the ordinary life of people in the notoriously reclusive nation. The number of tourists to Gaeseong exceeded 100-thousand just ten months after the tour program began.

There were simply too many things to see and enjoy in Gaeseong in just one day. I thought of spending the night in the city, rather than coming back to Seoul, as the moonlight and shining stars in the night sky would be a special experience for tourists. For dinner, I imagined they could try a traditional Korean meal and listen to Goryeo-era music as well. The next day, they might take a stroll by the royal tombs, imagining themselves as Goryeo royalty.

After spending the night in Gaeseong, tourists might move on to Pyongyang the next day. It is only an hour-and-a-half drive from Gaeseong. From Pyongyang, they could extend the tour to Mt. Myohyang(묘향). I believed Gaeseong could act as a base camp for South Korean tours to the North.

At the time, Shim considered operating more than one tour a day allowing tourists to travel all the way to the North Korean capital and even Mt. Myohyang. But these dreams were soon shattered in 2008.

A South Korean tourist at the Mt. Geumgang resort was shot dead by North Korean troops in July 2008, which led the Seoul government to suspend tours to the North Korean mountain. Soon after, North Korea halted the Gaeseong tours as well, and started restricting cross-border traffic with the South.

I was heartbroken. Gaeseong tours were something more than just a tour program. Cross-border travel allowed South Koreans to witness firsthand how people lived in North Korea six decades after the peninsula was divided. When North Koreans saw South Korean tourists on the bus, they may have realized that the visitors from the South were not bad people and were in fact the same as them. I believe that had they continued, Gaeseong tours would have greatly contributed to enhancing mutual understanding and restoring national identity and could have prevented many mishaps from occurring later.

As an official in charge of tours to Mt. Geumgang and Gaeseong, Mr. Shim was shocked and saddened when he was notified of the suspension of the tours. Some 110-thousand tourists participated in the day-long visits to Gaeseong while the program was running. For them, the tours provided a channel for cross-border reconciliation and cooperation. That’s why Shim believes inter-Korean relations would have evolved differently if Gaeseong tours had not been suspended. Now, hopes are renewed that South and North Korea may be able to restart the joint tour programs.

One of the highlights of the September inter-Korean summit in Pyongyang was the two leaders’ visit to Mt. Baekdu. The symbolic outing heightened expectations for possible South Korean tours to the mountain. If the North makes tangible progress towards denuclearization and the international community responds by easing sanctions, many parts of the Korean Peninsula once off-limits could become tourist destinations.

The blueprint has already been drawn up. One tourism belt covers Mt. Seorak in South Korea, Mt. Geumgang and the eastern coastal city of Wonsan. Visitors to Seorak mountain can move northward to the Geumgang mountain and then go skiing at the Masik(마식) Pass ski resort or enjoy the beautiful beaches at Wonsan. From Wonsan, tourists can travel to northern regions such as Rajin and Seonbong using cruise ships before finally reaching Mt. Baekdu.

On the western part of the Korean Peninsula, it takes an hour from Seoul to Gaeseong by car and an hour and a half from Gaeseong to Pyongyang. From Pyongyang, visitors can go to Mt. Myohyang in an hour and a half. I’m looking forward to seeing people travel across the Korean Peninsula, from Mt. Baekdu in northernmost part of the peninsula, to Mt. Halla in Jeju Island, off the southern tip of South Korea.

President Moon’s new economic map of the Korean Peninsula calls for the resumption of the suspended Mt. Geumgang tour program and the creation of a tourism belt linking South Korea’s Mt. Seorak with Mt. Geumgang, Wonsan and Mt. Baekdu in the North.

Indeed, Gaeseong tours provided an outline for comprehensive tours covering the entire the Korean Peninsula, presenting the two Koreas with a vision for overcoming national division and achieving economic co-prosperity. The resumption of the tours will surely elevate cross-border economic cooperation.