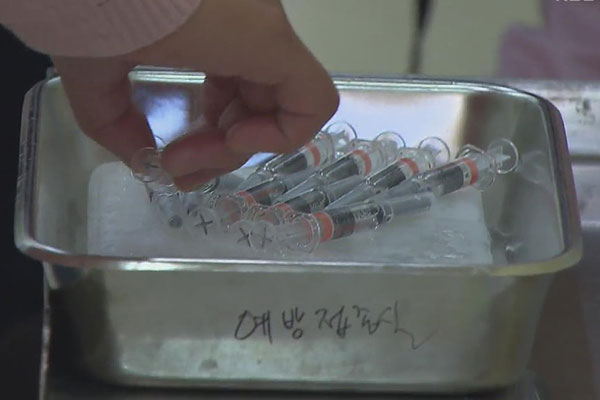 South and North Korea held talks on health-related matters in the joint liaison office in Gaeseong on November 7, the first such meeting since December 2007 following the October 4 agreement adopted at the second inter-Korean summit that year. During the recent Gaeseong meeting, the two sides discussed ways to fight contagious diseases.

This was not the first time Seoul and Pyongyang came together to fight infectious disease. Today, we’ll look back on South Korea’s provision of antiviral drugs to North Korea in 2009.

In 2009, a new flu virus called Influenza A or H1N1 spread throughout the world, including South Korea. Faced with a growing epidemic, the government raised its emergency response and preparedness level in November that year to its highest degree.

It turned out that South Korea was not the only region on the Korean Peninsula that saw the spread of the disease. Let’s hear from Koh Gyeong-bin, president of the Korea Hana Foundation, who served as the director of a non-profit organization called Good Friends.

At the time, Good Friends issued a newsletter titled “North Korea Today.” On December 3, 2009, the newsletter reported the outbreak of the H1N1 flu in North Korea’s Sinuiju for the first time. It delivered the surprising news in a special bulletin, with the number of deaths and infections related to the same influenza virus increasing in South Korea, too.

On November 30 that year, North Korea abruptly announced currency revaluation. As a result, all commercial transactions stopped suddenly and old banknotes became useless scraps of paper. The currency reforms threw North Korean society into great confusion at the same time the infectious disease broke out. Some suggested North Korea was in a quasi-state of war at the time.

Founded in 1996, Good Friends has been dedicated to improving the human rights situation in North Korea and providing humanitarian aid to the North. In November 2009, the group heard some worrying news that the H1N1 virus was spreading fast in North Korea. Faced with rising death levels, North Korea also raised its emergency response and preparedness level to its highest degree, called ‘Urgency No. 11’.

In the past, Urgency No. 11 was reserved for treating critically injured soldiers or infected people during extreme conditions like the Korean War. Raising the alert status to this level shows how serious the flu situation was in North Korea.

On December 8, the Unification Ministry in South Korea began to prepare ways to help out the North.

The South Korean government’s plan to provide viral drug treatment to the North was rather incongruent with the ruling Lee Myung-bak administration’s reciprocity-based approach towards North Korea. Inter-Korean relations had been stalled since Lee’s inauguration in 2008,

Soon after the Lee Myung-bak government started in 2008, North Korea became extremely unreceptive to the new South Korean government’s vision calling for North Korea to give up its nuclear weapons development in exchange for progress in inter-Korean ties. Thus, cross-border relations froze.

In March 2008, Good Friends received reports of starvation in North Korea’s Hwanghae(황해) Province in North Korea’s southern region. It turned out that starvation was rampant throughout the country, with some even warning of a second “Arduous March,” a period of severe famine that the nation suffered in the mid-1990s.

With new information coming in almost every day, Good Friends stressed that the government should approach the nuclear issue and humanitarian affairs separately and urged the government to provide humanitarian assistance to North Korea.  On July 11 that year, President Lee proposed resuming dialogue with Pyongyang and offering humanitarian aid to the North during his speech at the National Assembly.

Unfortunately, however, on the very same day, a South Korean tourist was shot dead at North Korea’s Mt. Geumgang resort. In the wake of the incident, South-North relations degenerated further.

Under the vision of “Denuclearization, Openness 3,000,” the Lee government said that if North Korea denuclearizes, the South would expand inter-Korean economic cooperation to raise North Korean per capita income to 3,000 US dollars within ten years. But North Korea flatly refused this proposal.

After its second nuclear test on May 25, 2009, North Korea continued with its military provocations. The North detained a South Korean worker at the Gaeseong Industrial Complex and unleashed 40 million tons of water from its Hwanggang Dam without notice, leaving six South Koreans dead or missing. These North Korean provocations led to increasingly negative public sentiment inside South Korea toward the North.

However, inter-Korean relations began to change after the news about the outbreak of Influenza A in North Korea.

When Good Friends first reported the flu epidemic in North Korea, there were no particular responses in South Korea. But after its follow-up report on December 7, the story was widely reported by major media outlets. In a surprise development, the presidential office announced the very next day, December 8, that President Lee instructed his officials to provide antiviral drugs to North Korea as soon as the outbreak was confirmed. Also in a very unusual move, North Korea officially confirmed it was dealing with influenza cases. And on December 18, the South Korean government sent antiviral drugs to the North Korean people.

When the South Korean government offered 10-thousand tons of corn aid to North Korea in late October that year, Pyongyang gave no response. But the North acknowledged the domestic outbreak of the flu, sending a positive signal that it might accept Seoul’s aid. When the South Korean government expressed its intention to send drugs to the North on December 10, the North accepted the offer. About a week later, on December 18, flu vaccines for 500-thousand people were delivered to North Korea. Pyongyang thanked Seoul for the aid, which was delivered to Gaeseong.

But considering the poor condition of North Korea’s healthcare system, it is easy to imagine that even with the generous aid from South Korea, the North struggled to stop the virus from spreading.

Nonetheless, the flu vaccines were a notable step in inter-Korean relations, as it was the first governmental-level humanitarian aid across the border under the Lee administration.

South-North relations had remained icy since the start of the Lee government in 2008. Nevertheless, the South Korean government provided humanitarian aid to the North for the first time, which I think is highly significant.

Following the flu aid, the two Koreas actually made efforts to restore ties. South Korea decided to use the Inter-Korean Cooperation Fund as well as international organizations and private groups to help out pregnant women and infants in North Korea. Pyongyang, for its part, was willing to accept exchange programs related to the Gaeseong Industrial Park, although the efforts were only short-lived.

Inter-Korean dialogue resumed, while South and North Korean officials at the Gaeseong Industrial complex carried out a joint on-site inspection of industrial parks in China and Vietnam as part of efforts to develop their Gaeseong factory park into an international industrial complex.

However, inter-Korean relations again fell apart in 2010, due to the sinking of the South Korean warship Cheonan and North Korea’s artillery attack on South Korea’s Yeonpyeong Island. Still, the two sides have managed to keep their ties afloat, thanks to humanitarian aid programs.

Diplomatic momentum has gripped the Korean Peninsula this year, but the positive changes in inter-Korean relations are built on the foundation of South Korea’s unconditional provision of anti-flu drugs to North Korea. This has helped the two sides survive through the lowest points in their relations.