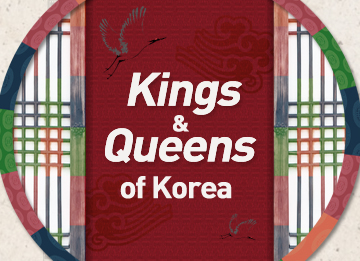 King Bojang was the nephew of his predecessor King Yeongryu. In 642, General Yeon Gaesomun staged a military coup and killed Yeongryu. Then he put Bojang on the throne. It is easy to imagine that the new king’s royal authority was very weak. For the most part of his reign, King Bojang was actually nothing but a puppet in the hands of the powerful general.

In 645, the Tang Dynasty of China invaded Goguryeo, but General Yeon successfully repelled the enemy. In 661, Tang attacked Pyongyang Castle again, this time around, with the alliance of the southeastern kingdom of Silla. But the Goguryeo military leader again drove off the allied forces. After the death of Yeon in 666, however, the Goguryeo court was plunged into political turmoil as a power struggle erupted among the sons of the deceased general. The king was simply unable to control the chaotic situation, amid an internal conflict over whether to make peace or wage war with Tang.

The allied forces of Silla and Tang never missed the opportunity. They were able to focus more on their attack on Goguryeo, as they already toppled the southwestern kingdom of Baekje in 660. In the year 668, the Silla-Tang forces invaded Goguryeo again to finally capture Pyongyang Castle, which had never been forcibly opened by outside forces throughout the kingdom’s 700-year-long history. The fact that the castle fell into the hands of the enemy meant the fall of Goguryeo.

King Bojang was captured and taken to Tang. The Tang Dynasty appointed him as King of Guguryeo and sent him to the Commandery Liaodong. The plan was to appease former inhabitants of Goguryeo, who intensely resisted Tang’s new occupation policies. However, Bojang was caught attempting to revive his kingdom by organizing Goguryeo refugees and joining hands with the Mo-ho tribe. He was expelled to Szechuan in 681 and died the following year.

The king led a tragic life, indeed. He was forced to come to the throne against his will by a military strongman. He had to watch his kingdom collapse. He desperately tried to restore the lost kingdom in the enemy state, only to fail. Although the northern, warrior state of Goguryeo faded into history in 668, the king’s dream of reviving the kingdom actually came true 30 years later, with the emergence of Balhae, the ancient Korean empire situated in northeast China. Also, the later kingdom of Goryeo claimed to inherit Goguryeo, as its name indicates. These historical facts show that a desire for reviving Goguryeo has always existed throughout Korean history.
Share
Print
List