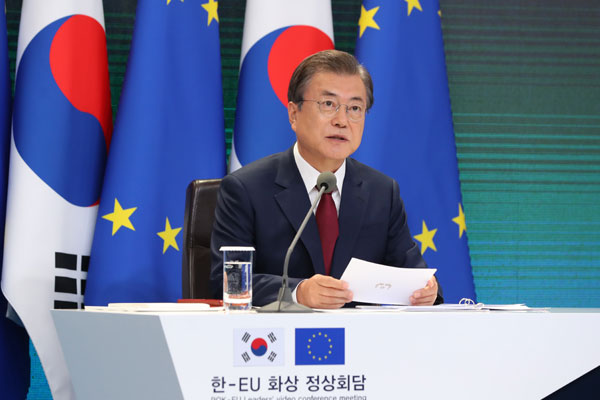 President Moon Jae-in on Tuesday is hoping to arrange another summit between U.S. President Donald Trump and North Korean leader Kim Jong-un before the U.S. presidential elections in November.

The official added that the presidential office and White House have been closely communicating since the destruction of the inter-Korean liaison office by the North last month, and Moon's mediation plan has been delivered to the U.S.

Moon’s remarks at the Seoul-EU talks were revealed ahead of U.S. Deputy Secretary of State Stephen Biegun’s planned visit to Seoul next week.

Japan’s Yomiuri Shimbun reported Wednesday that Biegun could also attempt a meeting with the North Koreans at the inter-Korean truce village Panmunjeom.