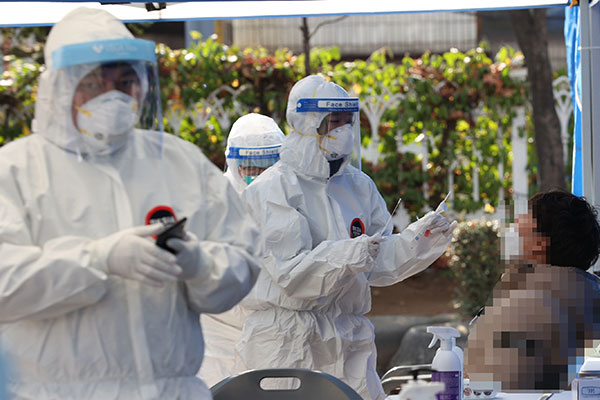 South Korea this week saw the number of daily coronavirus infections surge to more than 500. The government says the situation is extremely serious and urgent as there is no single major cluster to contact trace in the widespread third wave of infections.

As the upsurge continues, Prime Minister Chung Sye-kyun on Friday identified the situation as a crisis and called for public cooperation.

"We are in a critical phase. If we fail to overturn the current rise, we could follow in the steps of a massive outbreak, which many other countries are experiencing now. We must act together to restore the balance of quarantine and our daily lives. I ask the [Korean] public again to stay home as much as possible and abstain from gatherings and social activities."

South Korea had managed to keep daily coronavirus infections at around 100 a day up until early November. But the daily figure started to soar, surpassing 200 a day in the second week of the month, and 300 the following week before going far above the 500 threshold from Thursday.

The current upsurge is different from the first and second wave of infections which health authorities managed to contain. There is no single major cluster to blame for the widespread infections.

"The situation is extremely serious and urgent. Infections have been confirmed in all 17 major cities and provinces, and in all 25 districts of Seoul. Recently, infections are rising drastically among young people, adding pace to the spread. If we fail to curtail the rise, we could end up witnessing up to one-thousand infections a day as experts have warned. We have upgraded the social distancing regulations to Level Two for the Seoul metro area and One-point-Five for the Jeolla provinces but it will take time to see their impact."

"I am afraid that the current measures won't be enough to curtail the surge for the time being."

In an interview with KBS, Prof. Lee Han-sung of Yonsei Severance Hospital said that now is no time to seek a balance between the economy and quarantine.

"Reopening the economy along with travel and tourism has been the major cause in the rising number of infections but there are other attributing factors as well... There have been some mistakes along the way but I think the biggest one is the distribution of vouchers and coupons to encourage consumption and travel. In order to help out small businesses that suffer most from the pandemic, it seems the measures are desirable but it also instills the false sense of safety and security and sends out mixed messages."

Health authorities are concerned that the current upsurge is approaching the intensity of February's massive outbreak originating from the Shincheonji religious gatherings in Daegu and surrounding North Gyeongsang Province, during which daily infection numbers went above 900 a day.

In another quarantine challenge, some 490-thousand exam takers will sit for the annual College Scholastic Ability Test, or CSAT, next Thursday while year-end social gatherings are frequent in December.