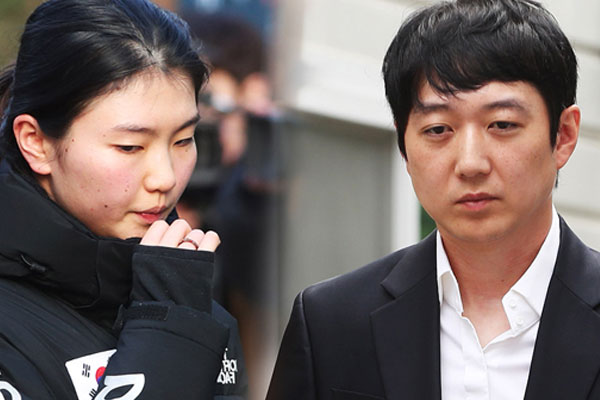 Olympic short track champion Shim Suk-hee has filed a complaint with police against her ex-coach over alleged sexual assault.

Police said on Tuesday that Shim filed the complaint on December 17th when she appeared to testify against Cho Jae-beom in an appeals trial at the Suwon District Court.

Shim alleges Cho raped and sexually molested her multiple times since 2014 when she was a high school student.

Twenty-two-year-old Shim said that Cho's sexual abuse continued until around two months before the opening of the PyeongChang Winter Olympics in February 2018.

Cho's attorneys told a local broadcaster that he denied the allegations of sexual assault.

Cho was found guilty of physically assaulting Shim and three other skaters between 2011 and January 2018 and was sentenced to ten months in prison in September.