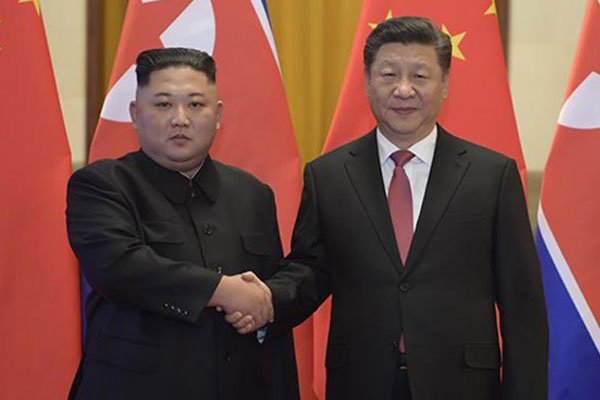 It was Monday night when what appeared to be Kim Jong-un's special train was first spotted crossing the Sino-North Korea border.

In Beijing on Tuesday, Kim held talks with Chinese President Xi Jinping for about an hour.  After their fourth summit, Xi hosted a banquet for Kim which lasted for more than four hours. On Wednesday, Kim and Xi met again for a luncheon at a hotel in Beijing.

During about seven hours together, Kim and Xi are expected to have coordinated their strategies before the North Korean leader holds a second summit with U.S. President Donald Trump.

North Korean and Chinese state media on Thursday issued reports on the outcome of talks, saying the two leaders reaffirmed their positions on the denuclearization of the Korean Peninsula and expressed hope for positive results from the second U.S.-North Korea summit.

During the meeting, Xi reportedly said China supports Pyongyang and Washington holding summits and achieving results through dialogue. He expressed hope that North Korea and the United States will meet halfway, adding China stands ready to play a "positive and constructive role" to maintain peace and stability and to achieve denuclearization on the peninsula.

Kim also vowed efforts to produce good results from his second summit with Trump that will be welcomed by the international community.