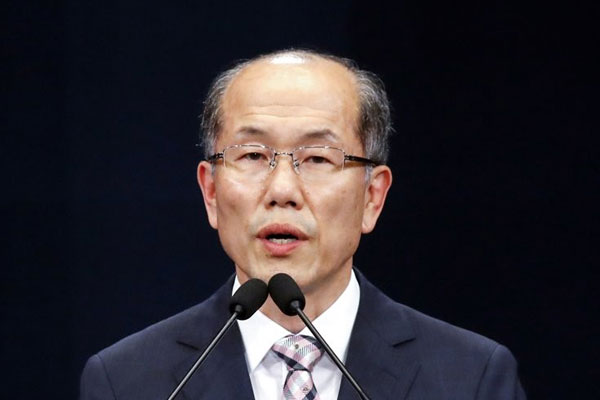 "South Korea continues to take actions which damage trust with Japan. Japan the matter in an effort not to impact the cooperation between it, the U.S. South Korea in the face of the current security situation in Northeast Asia."

Speaking to reporters ahead of his departure for the Group of Seven summit in France on Friday, Abe vowed to continue to closely coordinate with the U.S. safeguard national security, as well as regional peace and prosperity.

"Japan will urge South Korea to recover mutual trust, including resolving the matter of a violation of the international treaty between Japan and South Korea. Japan hopes South Korea will keep their promise."

In apparent retaliation for the court ruling, Tokyo introduced barriers on exports to the peninsula and has revoked South Korea’s preferential trading partner status.

This prompted Seoul's decision on Thursday not to extend the General Security of Military Information AgreementGSOMIA), citing a "grave change" in security cooperation conditions.

"After much thought and consideration, decision to terminate the South Korea-Japan GSOMIA was made for national interest. GSOMIA is for exchanging sensitive military intelligence based on a high-level of bilateral trust, but as Japan claims basic trust between South Korea and Japan has been damaged, we lost to maintain GSOMIA."

Kim pledged that Seoul will make efforts to ensure the termination of the deal will not weaken the Seoul-Washington alliance, but instead offer an opportunity to upgrade it.