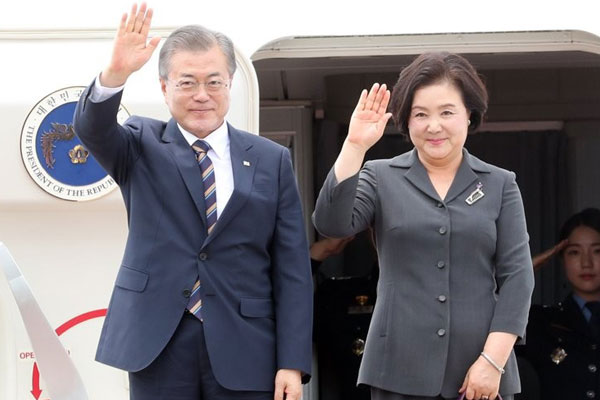 President Moon Jae-in up a six-day tour of Thailand, Myanmar and Laos on Friday.

During the tour, Moon secured a bridgehead to bolster cooperation with the three countries ahead of special summits between South Korea and the Association of Southeast Asian NationsASEAN) and Mekong River countries, respectively, in Busan in November.

Thailand, Myanmar and Laos are all part of ASEAN and belong to the Mekong River region that many believe is poised for spectacular growth in the coming years.

During the three-nation tour, Moon fulfilled a promise to visit all ten ASEAN member states during his term. The commitment is part of the administration’s New Southern Policy drive, intended to strengthen and broaden partnerships with ASEAN and South Asia.

During Moon's visit to Thailand, the two nations strengthened their defense cooperation by signing a General Security of Military Information Agreement. also attended a launch event for “Brand K,” an official trademark for goods produced by dozens of South Korean small- and mid-sized enterprises.

In Myanmar and Laos, Moon agreed with his counterparts to strengthen bilateral cooperation in development projects while securing support for a peace regime on the Korean Peninsula.