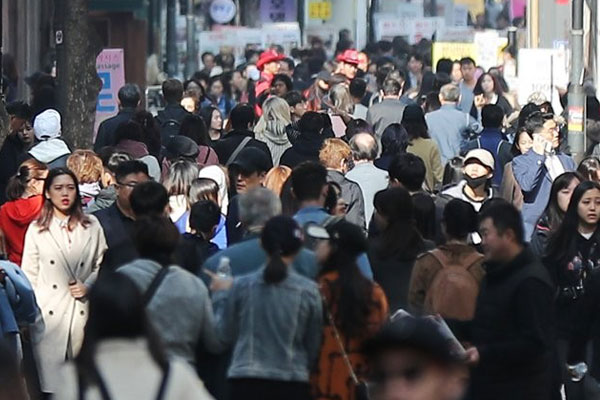 Facing a dramatic demographic decline, South Korea will reduce the number of its troops by around 80-thousand in about two years to some 500-thousand.

Finance Minister Hong Nam-ki on Wednesday held a meeting with related officials, laying out ways to buffer the impact of the nation's drastic population drop.

drones, reconnaissance satellites and other military technologies will fill in for the troop reduction.

The government is also considering conscription of naturalized citizens.

With the fertility rate hitting a record low point-98, is predicted to fall from the current 51-point-seven million to less than 40 million in 2067.

Given the sharp drop in school-age children, the government will also launch pan-government consultations next year to reformulate supply and demand for teachers and quotas for universities nationwide.