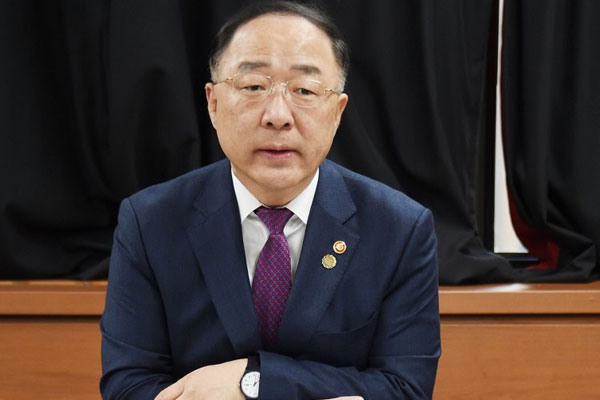 Finance Minister Hong Nam-ki says the government aims to achieve an annual growth rate of above two-point-two percent next year.

He held a news conference on Monday to mark the start of the second half of the Moon Jae-in administration.

While seeking ways to revitalize the trade-dependent South Korean economy, Hong said the government will make sure to improve the social safety net for those in need.

The finance minister said that a larger deficit in the consolidated central government balance is unavoidable in the short term as the government pursues an expansionary fiscal policy amid a global economic downturn.

Hong added that the government will announce its economic policies for next year in the latter half of December.