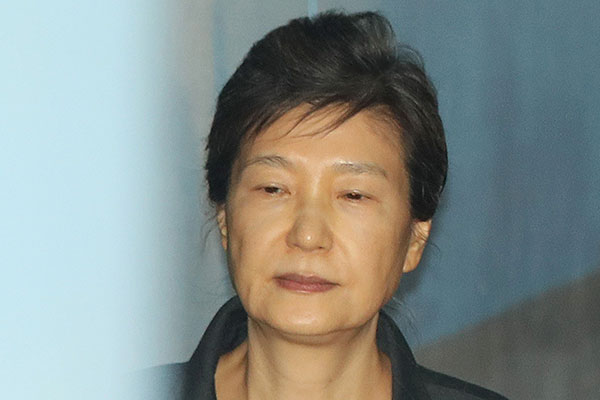 South Korea's highest court upheld a lower court ruling that sentenced ousted former President Park Geun-hye to 20 years in prison for bribery and other corruption charges. Park, who will have to serve a total of 22 years, became the country's fourth ex-president to be convicted of a crime.

The Supreme Court of Korea on Thursday confirmed a 15-year prison term for bribery and an additional five years for abuse of power and other charges handed down by an appellate court to former President Park Geun-hye in July last year.

The highest court's ruling, sought by the prosecution in its appeal against the appellate court decision, comes three years and nine months after Park was indicted for corruption charges in April 2017.

In a retrial of the influence-peddling scandal that led to Park’s ouster in 2017, the lower court reduced the ex-president's sentence from 30 years and 20 billion won in fines to 20 years and 18 billion won. She was also ordered to forfeit three-point-five billion won.

The ruling followed the Supreme Court's decision to remand the bribery and other corruption cases back to the lower court in 2019, ordering that the bribery charge be retried separately from the others.

The top court had also cleared Park of an extortion charge in regards to forcing conglomerates to make donations to two foundations run by her confidante Choi Soon-sil.

Park will have to serve a total of 22 years in prison, including two years for her 2018 conviction for illegally meddling in the nomination process of the then-ruling Saenuri Party ahead of the 2016 general elections.

Park became the country's fourth former president to be convicted of a crime, after Chun Doo-hwan, Roh Tae-woo and Lee Myung-bak. In October last year, Lee's 17-year prison sentence for corruption was upheld by the Supreme Court.

Attention is drawn to whether President Moon Jae-in will consider granting pardons to Park and Lee, after ruling Democratic Party(DP) leader Lee Nak-yon vowed to suggest it to the president in the name of national unity.

In a Realmeter survey of 500 adults nationwide last Friday, 56-point-one percent of the respondents said they did not think the pardons will contribute towards national unity.

The survey, commissioned by YTN, had a confidence level of 95 percent, with a margin of error of plus or minus four-point-four percentage points.

Top office spokesperson Kang Min-seok said Thursday that placing a former president behind bars must become a history lesson so that it doesn’t happen in the future.

Kang said the Supreme Court’s ruling marks the end of the influence-peddling scandal that began with a series of anti-government candlelight vigils that were followed by Park’s impeachment.

The top office, however, kept a cautious stance on commenting on the possibility of Park being pardoned. A key official of the presidential office told reporters that it is not appropriate to talk about that issue right after the court’s verdict.