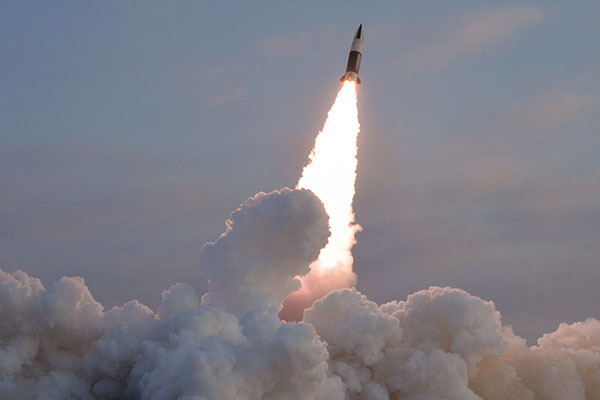 The Korean Central News Agency(KCNA) said the missile test was conducted on Monday according to the plans of the Academy of Defense Science and other organizations.

A photo of the test carried by ruling Workers' Party mouthpiece Rodong Sinmum indicates the missiles are likely to be KN-24 short-range ballistic missiles. North Korean leader Kim Jong-un did not attend the latest test.

The paper said the test-fire was aimed to selectively evaluate tactical guided missiles being produced and deployed and to verify the accuracy of the weapons system.

It added that the two tactical guided missiles were launched from the country's west and they precisely hit an island target off the east coast.

According to the South Korean military, North Korea fired two short-range ballistic missiles from the Sunan airfield area in Pyongyang toward the East Sea.