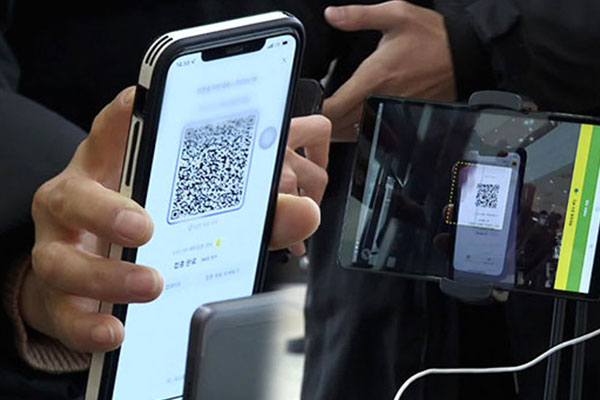 Authorities said on Monday that proof of completed vaccination or a recent negative PCR test will no longer be required at those six types of locations, which are considered to hold a low risk of infection.

While eating will be restricted in study rooms, libraries and museums, the system will remain in place at restaurants and coffee shops inside department stores and large discount stores.

The revision comes after the Seoul Administrative Court a few days earlier suspended the enforcement of the system at department and discount stores in Seoul while halting a planned implementation for minors aged 12 to 18.

The government, however, sees the need to enforce the system at private educational facilities involving musical instruments, singing and acting and plans to explain the matter when it challenges the court decision.

Accordingly, the pass requirement will remain in place for those facilities and some concert halls. The government will also maintain its entry pass mandate for teenagers, which is scheduled to start in March.

President Moon Jae-in on Thursday ordered the government to exert all effort into creating omicron-tailored antivirus measures as the variant continues to spread in the country.

Pointing out that severe COVID-19 cases continue to decline, the president showed confidence that South Koreans can defeat the variant together, as they have shown great strength over the past two years.

He also expressed gratitude towards citizens and healthcare workers for their past efforts.