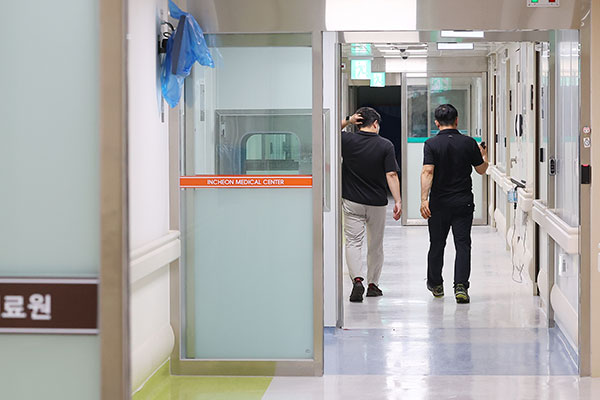 South Korea has confirmed its first case of monkeypox as the number of reported cases from non-endemic countries continues to grow.

The Korea Disease Control and Prevention Agency(KDCA) said on Wednesday that a South Korean national who flew in from Germany on Tuesday has tested positive after undergoing a PCR test and gene sequencing analysis.

The patient had shown symptoms consistent with the virus. They reportedly developed a headache on Saturday and were suffering from a moderate fever, sore throat, asthenia and fatigue as well as skin lesions at the time of arrival.

After arriving at Incheon International Airport, the person voluntarily reported to the KDCA and was classified as a suspect. The patient was taken to Incheon Medical Center following a short period of quarantine at the airport.

Following the confirmation, health authorities have raised the infectious disease alert by one notch from the lowest to the second-lowest level in a four-tier scheme.

A second suspected case was found to have been chickenpox.

A presidential official said on Wednesday that the president instructed quarantine authorities to boost efforts to monitor international arrivals at the nation’s airports and to closely watch for reports of more cases in the nation.

Yoon also called on quarantine authorities to be fully prepared to swiftly supply medical institutions with vaccines and treatments held by the government if necessary. He also ordered authorities to promptly finalize the introduction of third-generation vaccines and antiviral medication to treat monkeypox.