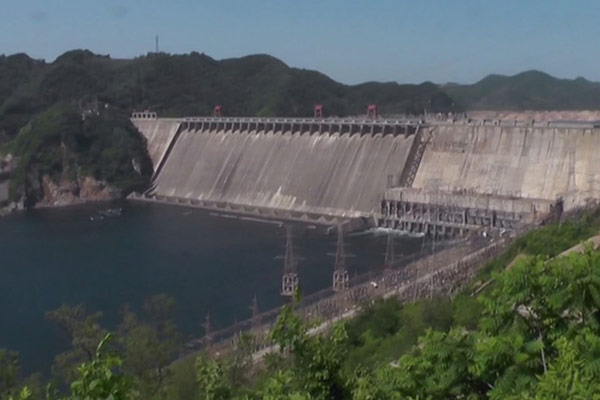 As part of efforts to improve relations between South and North Korea, the Seoul government stresses bilateral economic cooperation on cross-border railways and other social overhead capital projects. Amid the outbreak of COVID-19, the political community in South Korea has recently mentioned the possibility of reactivating the now-suspended inter-Korean joint industrial complex in North Korea for mask production.

The energy generation has comprised the key of North Korea’s industrial policy. From Korea’s liberation from Japanese colonial rule in 1945 to the 1950s, North Korea relied mostly on hydroelectric power. From the 1960s, the nation turned to thermal power as another energy source. Since current leader Kim Jong-un took power, the policy has placed emphasis on renewable energy. It is difficult to calculate the capacity of North Korea’s nuclear power generation or renewable energy, which is still in the early stage.

The central government controls large hydroelectric power plants, while local governments manage smaller plants to produce energy on their own. In the North, there are four different classes in terms of load, which is the amount of electricity on the grid at any given time. That is, North Korea supplies electricity in four different ways, due to a power shortage. Each factory is provided with electricity, only at certain fixed times, so factories have to operate alternately.

North Korea produces a large amount of coal, but thermal power lacks efficiency as poorly-equipped and outdated thermal plants produce electricity at low levels and tend to break down often. For this reason, the North has increased its dependency on hydroelectric power production. In fact, the cost of hydroelectricity is relatively low.

North Korea’s official Rodong Sinmun newspaper says that the nation relies on hydropower for most its energy needs. Analysts say the proportion of hydropower in North Korea’s energy generation is far larger than that of South Korea.

But for that very reason, the electricity situation in the North worsens in cold winter, when rivers freeze. It is said that North Korea has built more hydroelectric power plants, renovated outdated ones and increased coal production to operate thermal plants. This is so the nation can make up for insufficient electricity.

North Korea often suffers from a water shortage due partly to droughts. In this situation, a higher dependency on hydroelectric power leads to unstable energy provision. According to Statistics Korea, North Korea produced 24.9 billion kilowatt-hours of electricity in 2018, only one-23rd of South Korea’s 570.6 billion kilowatt-hours. This is the largest-gap since relevant data began to be compiled in 1965.

The large gap in energy production capacity means a wide difference in people’s lives in the two Koreas. As a North Korean defector, reporter Kang recalls the severe power shortage in the North from the late 1990s to the 2000s.

At night, I had to grope blindly for something in the dark and wait until the morning to do something. In North Korea, I would sell bread. I had to wake up between 1 and 2 in the morning to make the dough. At that time, I couldn’t thank the moon enough. Under the moonlight, I could see the dough rise. I wished the moon would not set so soon. At night during the winter, I would read books in front of the piled-up snow or the fireplace. South Koreans here often leave the light on, even during the day. Looking at them, I felt that North Koreans were living in such a difficult situation.

As of late, North Korean residents have somewhat eased the energy shortage by using solar heat to power their homes. On March 21, a news propaganda site called DPRK Today reported that this year’s solar energy generating system in Pyongyang increased 2.5 times from the year before. North Korean authorities encourage people to acquire or install solar panels, and immediately issue a permit for trading for that purpose. Many local residents spend their private money in purchasing solar panels, due to the authorities’ unreliable electricity supply. While the leadership has been focusing on nuclear weapons development, citizens have tried to resolve the energy problem on their own by using solar energy.

Solar panels have been brought into North Korea from China since the late 2000s. North Korean residents, whether they live in cities or rural areas, have installed solar panels on the roofs or windows of their houses to secure enough electricity. Solar panels are so coveted that North Koreans consider them a must-have item. Almost every household has one panel, at least. Prices vary, according to the factory, quality and watt. Affluent families install multiple high-wattage home solar panels, which are powerful enough to run an air conditioner in the summer. I imagine an overwhelming amount of solar panels are currently in use in the North.

The North Korean authorities encourage residents to solve the electricity problem by themselves, urging local regions to make an all-out effort to achieve self-reliance. On March 25, the Rodong Sinmun newspaper introduced the fierce competition among different regions for industrial development. It praised provinces, cities and counties for using their own potential to overcome the energy shortage problem. In this way, North Korea promotes competition among regions for energy production.

Under harsh international sanctions, North Korea thinks that it should produce things within the nation. That’s why the regime has put top priority on self-reliance.

To fulfill that goal, it puts groups or regions in competition with each other. It gives benefits to those who perform well and motivates those who lag behind to do even better. Residents believe that the competition is both good for themselves and the state. So they muster up all their strength to stay on top. For the electricity generation, many local regions put so much effort into hydroelectric power production. Some regions search out valleys with abundant water and calculate water pressure to operate their own hydropower plants.

North Korea uses various means to resolve its energy shortage, but unfortunately, it still suffers from a serious shortage of electricity.