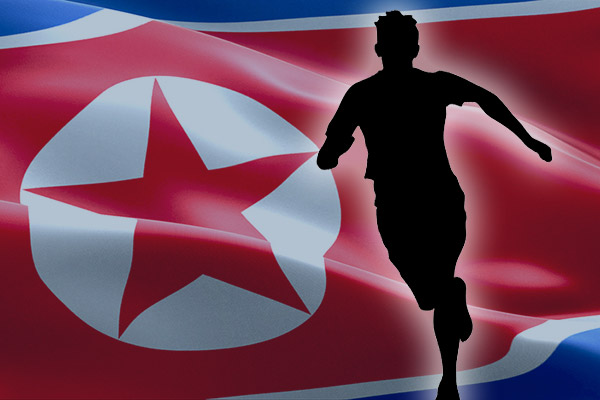 Before defecting from North Korea, I was in charge of foreign currency earning operations at the Korean People’s Army Unit No. 380. My family was considered to be relatively affluent in the region. At the time, security officials at law enforcement agencies would habitually extort money and goods from local residents. They tried to do the same to me, although I was never involved in illegal activities. I just worked hard. I thought I would gain nothing even if I remained loyal to the country. On February 17, 2009, I escaped from North Korea. I was sad at the thought that I would never return to my hometown.

While temporarily staying in China, I was afraid that I might get caught. Fortunately, I managed to reach South Korea. My South Korean life is incomparably better than my life in the North. Illegally returning to North Korea is simply unthinkable. Rather, I dream of officially crossing the Demilitarized Zone into North Korea and visiting my hometown when the two Koreas conduct brisk exchanges.

It is difficult to figure out why those people decided to go back home as we usually do not hear the news about them after they arrive in North Korea. We only guess the reasons through some defectors who attempted in vain to flee back to North Korea and received punishment in the South. So, why do the defectors choose to return to the North, after risking their lives escaping the regime in the first place?

North Korean defectors cannot be satisfied with everything while resettling in the South. Many newcomers complain that they suffer discrimination. Those from the socialist North often have a hard time adapting to South Korea’s capitalistic system.

Even if defectors decide to return across the border to the North, it is far from easy to actually do so. Most North Korean newcomers in South Korea say that they were shocked to hear the news that a defector, identified by the surname Kim, crossed into North Korea so easily by swimming last month. He did not choose typical escape routes such as China-North Korea border regions or third countries.

It is unclear exactly which routes defectors use when they re-enter North Korea. Typically, defectors in South Korea go to China first and then cross the border into the North. In a rare case in 2013, nine young North Korean defectors arrived in Laos via China, but the Laotian government repatriated them to the North. Apparently, the North Korean government intervened in the process. But in most cases, defectors return to North Korea via China under their own free will. I think some could be persuaded in the Sino-North Korean border regions or get caught in China before re-entering the North.

Defectors who fail to return to North Korea are subject to heavy punishment in South Korea under the National Security Act. And even if they manage to flee back to North Korea, many of them reportedly suffer retaliation by the communist regime.

From 2015 to September last year, 12 North Korean defectors attempted to go back to the North. However, they didn’t receive punishment for violating South Korea’s National Security Act. If defectors are caught making such attempts, authorities investigate them thoroughly and examine whether they have committed similar or other crimes previously. Based on that investigation, they face punishment and then are strictly monitored due to their record.

In North Korea, returnees from South Korea were all imprisoned during the rule of former leader Kim Jong-il. In the current Kim Jong-un regime, they are sent to labor camps or can be exploited as a propaganda tool. They face some kind of punishment, though it might be on a minor level, as they are considered “traitors.”

According to lawmaker Cho Jeong-sik, 33,670 North Koreans have resettled in South Korea as of the end of June, but the whereabouts of as many as 900 of them are not known. North Korean newcomers in South Korea are under police protection for their personal security for a certain period. But police officer protection is far from enough. Some defectors conflict with officers, because they feel as if they were being monitored and controlled if the officers interact with them. It seems more efforts should be made to prevent North Korean newcomers from returning to the North.

In some districts, a single police officer is responsible for dozens of defectors. The officer just can’t care for each one individually. I believe the police protection of defectors is simply a formality.

It’s been ten years since I resettled in South Korea. But even I sometimes feel hurt at my workplace or in society. It feels like I’m blotted out, as if by some kind of smoke. I often hear my fellow defectors say that they are discriminated against in their workplace although they perform far better than their South Korean counterparts. I can understand what they’re saying. Of course, it is not appropriate to generalize from a few examples. But those examples make other defectors feel nervous and even choose to go back to their homeland, where they believe they can live more confidently. They might decide to return in a fit of emotion.

I hope South Korean society will embrace them and show more interest in them, even if they do not work well and have a hard time adjusting to their new environment. If they do well, they deserve recognition. I think it is necessary to overhaul the programs for managing the newcomers.

On top of an improvement in the government management system for North Korean defectors, South Korea also needs to accept them as the same its own citizens and give them warm support so they can resettle successfully.