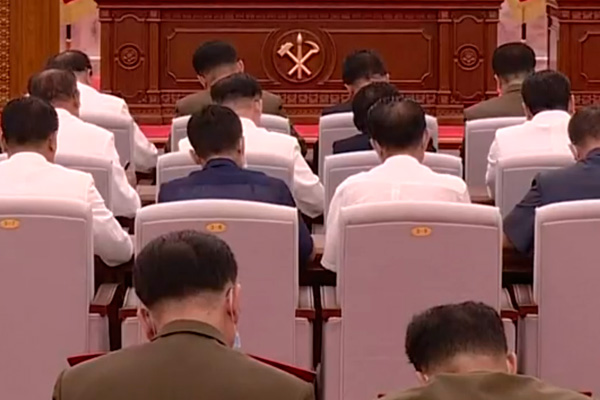 In the two previous installments of Inside North Korea, we examined North Korean laws. We learned that the profession of a lawyer does exist even in the dictatorial North Korean regime. We can’t help but wonder if North Korean residents can hire lawyers easily and how lawyers are treated in the country. Today, we’ll learn more about this particular occupation in North Korea from lawyer Oh Hyun-jong.

Lawyers in North Korea are strictly controlled by the state, so it’s hard to say that they belong to the private sector. There is the Korean Bar Association, which has a central committee and local committees in each province and city. The central committee qualifies or disqualifies lawyers and determines lawyer remunerations. It is said that 500 people are registered as lawyers in North Korea. Among them, 200 practice law in Pyongyang, while the others double as scholars or researchers. There are two law firms in Pyongyang and one in the Rason free trade zone. As North Korea’s first law firm, the Korea Law Firm provides various legal services such as representing individuals or institutions in lawsuits or in other forms of legal action and offering legal counseling.

In North Korean society, demand for legal services is far smaller than in capitalistic economies and the content of regulations is relatively simple. Therefore, the number of lawyers in the North is smaller than in free and democratic countries, including South Korea.

North Korean lawyers are allowed to represent defendants only within the range of justifying the policies and decisions of the party. In other words, they simply explain the defendants’ motives behind their suspected crimes and do not speak for the accused. Therefore, lawyers no not represent the accused, even if the defendants are not guilty.

North Korea’s Criminal Procedure Law stipulates that the suspect has the right to select a lawyer and receive help. In reality, however, lawyers are simply seated in the court as a formality, and it’s rare to see lawyers who actually aid or defend the accused.

North Korea’s judicial system is influenced by state power, which concentrates on leader Kim Jong-un and the Workers’ Party. After all, legal courts should make rulings in accordance with party instructions. The party makes a decision even before a trial begins. That means punishment or sentences are already determined before the trial proceeds. In North Korea, regulations of the Workers’ Party are above the Constitution and other laws, and the leader’s instructions are above the party regulations. In this situation, there are clear limits to what lawyers can actually do.

In South Korea, criminals receive aid from lawyers when they are brought to trial. According to testimonies of North Korean defectors, that’s not the case in the North. First, the number of lawyers is too small, so it’s difficult to meet any lawyer in the trial process. Even if a lawyer may appear in the court, the lawyer simply makes some positive comments about the suspect but doesn’t really defend him or her.

It is easy to imagine that North Korean people are not in desperate need of lawyers. North Korean lawyers, unlike their South Korean counterparts, cannot work for their economic interests under their own names and therefore cannot make a lot of money.

According to North Korean law, lawyers are paid in consideration of the importance and complexity of legal cases and the results of their performance. They get paid when they represent someone in civil or criminal proceedings, provide legal counseling or write legal documents.

But it is the central committee of the Korean Bar Association, not lawyers themselves, that determines remunerations for lawyers. Local lawyer committees collect all legal representation requests and later pay individual member lawyers in the form of a monthly salary. As individual lawyers do not make contracts with clients, they can’t receive remuneration directly from them. It is little wonder on why they don’t earn a lot of money.

In North Korea, lawyers can hardly find their job rewarding. Individual rights are not considered important in the socialist country, where lawyers, who are supposed to protect the rights and interests of individuals, exist in name only. In the legal court, a lawyer is nothing but a public official who explains the crime of an individual. Lawyers do not really defend for the accused, so they have very few opportunities to receive bribes. Moreover, their salary is low. Therefore, it is not difficult to become a lawyer. North Korea does not have the South Korean-style bar exam. There is no training system for those who passed the exam, either. Anyone can become a lawyer after graduating from a law school.

North Korea trains would-be law officials at universities and the Social Sciences Institute. Only a small number of learning institutions, including Kim Il-sung University and the National Economic Institute, have a law department. The five-year-course law department at Kim Il-sung University only selects 50 students each year. Therefore, the number of students selected for legal training is quite limited. They do not take a special examination. Law officials are usually selected from those who studied law at those institutions, in consideration of their family background and loyalty to the party. Notably, those who have worked in the legal areas for more than five years qualify to become a lawyer.

Citing the wide differences between South and North Korea in the lawyer system, some are calling for the need for academic conferences attended by lawyers from both sides in the process of preparing for unification.

In the course of unifying West and East Germany, legal professionals in West Germany found that they were ignorant of East Germany’s judicial system. It was their first stumbling block standing in the way of integrating the two legal systems. To minimize time and effort wasted on trial and error that Germany experienced, it is necessary for South Korea to better understand North Korea’s judicial system. Lawyer Oh shares his opinion about the need for exchanges between lawyers in the two Koreas.

Law could be seen as a system that operates a society. When unified, South and North Korea should bring their legal systems together as one and create a unified constitution and laws. Of course, they should be based on public consensus on constitutional values and the concept of legal protection and interests. To form such a consensus, I think it’s absolutely necessary to vitalize exchanges between legal professions in the South and the North.

In South Korea, there are many lawyers specializing in North Korean laws. Those lawyers have held meetings to study unified Korean law as well as academic conferences. A lawyers’ association has also formed a group dedicated to helping North Korean defectors and conducting exchanges with them. If and when the two Koreas resume cross-border economic cooperation, South Korean lawyers may provide legal support to South Korean companies doing business in the North. Starting with that, the two sides can expand their exchanges.

When the two Koreas achieve unification, it will take a considerable time to unify the South and North Korean legal communities, which are starkly different now. South Korean lawyers need to show consistent interest in this issue and ponder how to carry out exchanges with their North Korean counterparts.