Recent reports say that North Korea is tightening ideological control over its people. 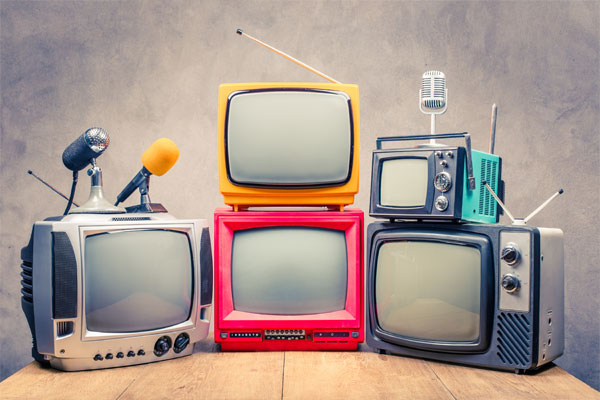 According to the 2021 White Paper on Human Rights in North Korea unveiled by the Korea Institute for National Unification in South Korea, North Korea has cracked down further on watching South Korean broadcasts and recordings. Apparently, the purpose is to prevent internal discipline from crumbling as a result of the inflow of outside cultural content.

The Korean Central Television and the Korean Central Broadcasting Station represent North Korea’s TV and radio, respectively. In South Korea, viewer or listener ratings are important, so broadcasters are focused on creating fun and interesting programs and delivering more useful information to the public. The main purpose of North Korean broadcasts, on the other hand, is propaganda and agitation. They put priority on informing the public of the policy directions of the Workers’ Party, the leadership and the government.

North Korea’s television and radio stations are all overseen by the Korean Central Broadcasting Committee. North Korean broadcasts have recently dealt with more diverse themes, such as problems between men and women and lives of local residents. Still, they are said to be dominated by the elements of propaganda and agitation.

The Korean Central Television is North Korea’s major television service for the general public. It broadcasts from 3 p.m. until after 10 p.m. on weekdays. Interestingly, broadcasting starts at 9 a.m. on every 1st, 11th and 21st of each month. Those days are reserved as “farmers’ holidays,” when farmers are allowed to take a rest and enjoy their leisure time watching TV.

It is the Korean Central News Agency that delivers North Korean news to the world first. As the country’s only state news agency, it is responsible for announcing statements of high officials and the party and carrying out propaganda activities.

The Korean Central News Agency is not a broadcast medium but it delivers various facts that comprise a key in creating broadcasting programs. That is, broadcasts are made based on what this news agency delivers. It translates what happens inside the country into different foreign languages. In this sense, it could be described as a window that gives the outside world a peek into the reclusive regime.

The news agency is not really for local residents. Rather, it disseminates North Korea’s internal stories overseas, targeting the foreign audience, in addition to providing stories that could be used by broadcasters in the North.

Newscasters are very popular in North Korea. News anchors are selected from graduates from Pyongyang University of Dramatic and Cinematic Arts or from participants of an annual, nationwide speaking contest. Even the selectees should go through a rigorous screening process before finally becoming news presenters.

For South Koreans, Ri Chun-hee is probably the person that first comes to mind when thinking of North Korean newscasters. She announced major news stories in North Korea, including the death of former leader Kim Jong-il and the country’s nuclear test. As the most prominent news anchor in North Korea, she was given the title of “Hard Work Heroine” and “People’s Broadcaster.” Her enthusiastic and assertive tone once represented the typical style of North Korean newscasters. But the style is said to have changed lately.

North Korean anchors have clearly changed their style under current leader Kim Jong-un’s rule. While Ri Chun-hee mostly wore a pink and black traditional hanbok dress, anchorwomen these days are often clad in modern, Western clothes like two-piece or one-piece outfits. In the past, broadcasters would sit and simply read news stories. But in a major change, they now cook food themselves during a show or visit flood-stricken areas for field reporting. Nowadays, male anchors no longer use a serious, authoritarian tone. They look a lot softer, compared to the past.

Most conspicuously, picture quality has improved significantly, with broadcasting stations presenting in high-definition. Previously, the background of the studio was simple and monotonous. Anchors would deliver news, with a globe or a map in the background. But these days, North Korean programs feature charts using computer graphics, although the level is still a bit rudimentary. Also, important events, such as a military parade, are often broadcast live. In fact, it is very hard to see live shows in North Korea due to technical complications and the limited number of cameras.

It is also worth mentioning that North Korea now includes in-the-field reporting when delivering news about disasters. This is unusual because the country is extremely reluctant to expose its weak points or embarrassing scenes. In the past, it would report flooding simply through photos or articles. But these days, anchors in the studio are connected with reporters, who report the disaster scenes in real-time.

North Korean broadcasts are changing, although the pace is very slow. In line with the introduction of modern equipment and the change in reporting style, the content of broadcasts is also diversifying. Nevertheless, one thing remains unchanged. That is, broadcasts are used as a means of propaganda and agitation for regime maintenance.

Basically, all news programs at radio and TV stations start with stories related to Kim Jong-un. Similarly, the front page of the Rodong Sinmun newspaper always carries news about the top leader. This is a given with North Korea’s one-man leadership.

It is difficult for North Korea to produce entertainment shows or well-made TV series, due partly to economic hardships. It’s a shame. These difficulties might stand in the way of a positive change in North Korean broadcasts. In this sense, North Korean citizens may watch more diverse programs if South and North Korea improve their relations and conduct bilateral exchanges in the broadcasting area. In the process, if the two sides join forces they could share many things. I hope to see a positive development soon.

North Korean broadcasts perform the role of maintaining the regime—the country’s first and foremost goal. September 3 is celebrated as Broadcast Day. We hope that South and North Korea will be able to organize broadcast programs in cooperation and watch them together as early as possible.