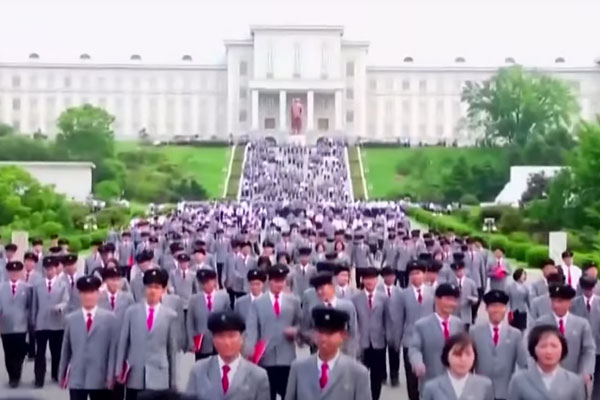 Last week, we talked about college admissions in North Korea. In today’s edition of Inside North Korea, we’ll learn about North Korea’s college system from Cho Jeong-ah, Vice President of the Korea Institute for National Unification. It is said that there is a wide difference between South and North Korea in terms of college classes.

University students in South Korea can choose the classes they want to take and design the curriculum themselves. That’s not the case with their North Korea counterparts. They learn the curricula that have already been set, just like high school students. North Korea is well aware that the system is rather uncompetitive. That’s why leader Kim Jong-un has instructed officials to introduce the educational credit system and increase elective courses so students can have a wider choice when selecting classes. For that purpose, however, it is necessary to develop new curricula and expand the teaching staff. Also importantly, there should be more classrooms for students who choose elective courses. Due to these restrictions, only a few prestigious universities have expanded elective courses little by little.

North Korean university students have to visit historical battle sites to learn the revolutionary traditions of former leaders Kim Il-sung and Kim Jong-il, and their ideology classes must account for 20 percent of total classes, regardless of their individual majors. The students are also forced to perform labor, which is included in the regular curricula.

Socialist states believe that education and knowledge should be put into practice in production sites. That is, learning is not just about studying at a desk but is connected with labor. The principle is applied to students from elementary schools to universities in North Korea. Under this principle, university students spend 12 weeks in total, or three weeks in a year, working at farms or factories. Because of a shortage of labor in the country, students and soldiers are often mobilized into labor for various events, including construction projects.

In 2011, universities in Pyongyang closed temporarily and mobilized students for the construction of 100-thousand homes, although it was an exceptional case. In 2014, some schools didn’t even select new students in order to send them to construction sites.

On top of compulsory labor, college students in the North, both men and women, are also required to participate in military training for six months. Those who fail to complete the course at a paramilitary training unit cannot graduate.

North Korean leader Kim Jong-un stressed the importance of creating a knowledge-based economy and set the construction of an economic power through science and technology innovation as a major state project. Cho explains that North Korea is pursuing its own reform in higher education, while following global standards.

North Korea has enforced education reform plans in many areas, such as the expansion of graduate schools, improvement in the curricular, teaching methods and administrative systems, and the creation of more departments related to advanced science and technology.

Distance learning courses have been installed at major universities in North Korea, and some departments now deliver lectures remotely. North Korea has announced that about 100-thousand students learn remotely. It’s unclear if the figure is correct, but the number is significantly large, considering that it accounts for 20 percent of university students in the country.

Factory workers take online courses offered at education centers equipped with computers at their factories. The distance education programs are mostly pre-recorded, and they also have question-and-answer sessions. More departments have used distance learning programs since the start of the pandemic as an alternative to in-person classes.

It seems North Korea has carried out a variety of education policies to foster high-quality human resources who would lead the knowledge-economy era. But analysts point out that the North should resolve the chronic problems of its college system first for a successful education reform.

For the development of science and technology, staying within a country certainly has limitations in the current era. In South Korea, even elementary school students can access information outside the country through the Internet. In North Korea, Internet use is strictly limited. Only those who get permission are allowed to use the Internet. Except some scientists and graduate school professors in specific areas, North Koreans are mostly blocked from the rest of the world. Inevitably, exchanges with foreign countries are quite restricted. Apart from the chronic problems of social systems and policies in North Korea, there are also difficulties stemming from the notoriously isolated and closed society. Basically, the country needs to adopt the policy of reform and openness for the development of higher education.

It will be important for North Korea to escape from international isolation and promote cooperation with many foreign countries in order to enable its universities to achieve innovation.