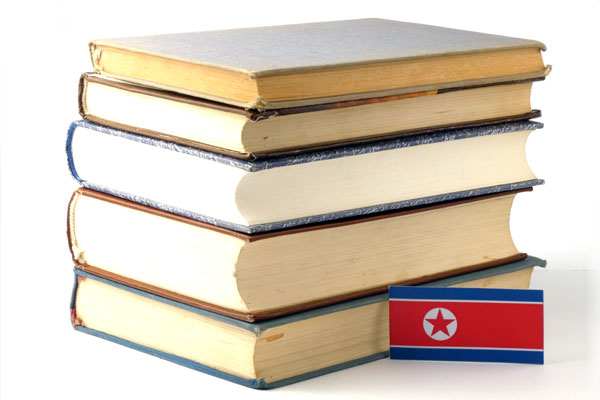 First off, Dr. Oh explains why it is important to understand North Korea’s forestation policy through literature.

In North Korea, literature is used as a means of regime propaganda and ideological refinement. The role of literature remains unchanged in the current Kim Jong-un era. Literary works are all created, censored and distributed by the state. Therefore, they are heavily influenced by the party’s policies, just as a prism deviates or deflects the image.

Even so, literature tends to reflect the reality and the latest trends in any way. That’s why North Korean literature is a very useful reference to understand what’s going on inside the country. As literature is viewed as a product of the party policies, readers can also figure out the country’s policy direction.

North Korea has pushed for a reforestation policy under Kim Jong-un’s rule, with literary works dealing with the issues of ecological environment. This is very interesting.

One of North Korea’s representative literary magazines is Chosun Literature. How do literary works released in the magazine describe the country’s forestation policy?

Analysts say that the literary works show a major change in the interpretations of the so-called “Arduous March,” a term referring to the harsh period of extreme economic difficulty, when numerous North Koreans died of starvation. Indeed, it comprises a dark page in North Korean history.

Previously, North Korean literature depicted the “Arduous March” as the period people should proudly remember—the period when they defended their socialist homeland in the face of all sorts of hardships.

The Arduous March period was defined as a crossroads between an honorable life after safeguarding socialism and slavery after abandoning socialism. North Korea expressed the Arduous March as a hard-won victory after overcoming such a severe difficulty. It is proud of defending socialism amid awful natural disasters and economic hardships, even surrounded by imperialist forces.

North Korea literature realistically portrays the dire situation during the period, describing those who survived on roots of grass due to a food shortage. It also criticizes selfish people who only care about their gain by making false reports about rice production or cutting trees illegally. Literary works contain very detailed descriptions of conflict among people and their despair stemming from the shortages of food and energy.

But the main message is that the country was able to overcome the Arduous March, thanks to the sacrifice and devotion of top leader Kim Jong-il and countless people. North Korea identifies the Arduous March as the winner’s heroic epic.

After Kim Jong-un came to power, however, the attitude toward the “Arduous March” changed. In his New Year’s message and statement in 2015, the leader urged his people to conduct a forestation campaign in earnest in order to turn all the mountains in the country into golden treasure mountains. North Korea actually embarked on a ten-year reforestation project.

Kim criticized people for cutting trees randomly for food and firewood since the Arduous March period and for failing to establish proper forest fire prevention measures. He also said treeless mountains were the outcome of the Arduous March.

Kim Jong-un’s remarks show that North Korea began to negatively evaluate the act of destroying nature during the Arduous March. In a 2015 essay entitled Let’s Plant Trees, the writer claims that the act of destroying nature is a crime, even though it has the purpose of survival. In the essay, a man who would soak strips of pine tree bark in water and eat them during the Arduous March returns to his hometown and plants young trees to make atonement for what he had done. While recalling the painful memory about pine trees, he describes it as an unbearable act, just like cutting out a piece of his own flesh. That is, trees are compared to people’s skin and flesh. From around this time, any act of damaging trees is considered impermissible—a major shift from the previous position. This also indicates North Korean literature began to shed light on ecological issues. A 2016 short story Love the Forests defines the destruction of forests during the Arduous March as a wrongdoing from the shameful past.

In North Korean literature under Kim Jong-un’s reign, deforestation is considered to be something that should have never happened, even during the Arduous March. Such a cool-headed assessment of what had happened during the miserable period can rarely be found in official documents.

Before Kim Jong-un took power, some literary works pointed out the problem of deforestation during the Arduous March, reflecting on the wrong behavior. But the level of criticism is far lower, compared to the essay Let’s Plant Trees, where damaging trees is considered a crime, even for a hungry person.

One of the major reasons behind North Korea’s barren forests is the cultivation of paddies on mountains. The country encouraged field cultivation on mountain forests to increase agricultural production in the 1970s and the ‘80s. Terraced field farming on hillsides was one of the country’s five nature reformation campaigns at the time. The hillside farming became more rampant in the 1990s, due to the deteriorating food and energy shortages. To make matters worse, North Korea was hit hard by natural disasters, with deforestation worsening further during the Arduous March.

After assuming power, Kim Jong-un adopted the policy of restricting paddy cultivation on hillside slopes. Literature also touched on the problem of the reckless conversion of forests into paddies.

A short story titled Echo of the Mountain Village released in 2016 shows a man who used to do farming on mountain slopes but experiences inner conflict after Kim Jong-un becomes the leader. The farmer grew corn on a farming plot on a mountain ridge for about ten years and he finds his work rewarding. But when hillside farming is recognized as something improper, he feels like his whole life has been denied. The authorities previously turned a blind eye to deforestation resulting from hillside farming. But now, a new policy of planting trees to restore forests confuses the farmer. The story portrays the conflict between the state and a local resident as a result of a policy change.

The conversion of forests to cropland is cited as one of the major factors behind North Korea’s widespread deforestation. But that was not the case in the past. On the contrary, literature positively evaluated the practice, which was believed to help resolve the food problem.

While the 2016 story Echo of the Mountain Village pointed at the problem of planting grain, not trees, on the mountain ridge, a 1999 poem Wooden Rice Bowl praised the achievement of planting crops on hillside farming plots.

The poem Wooden Rice Bowl highlights that the country successfully converted forests to paddies during the difficult period of the Arduous March and realized a self-sufficient economy. Rice bowl here means rice cultivation. So, in this 1999 poem, hillside farming is the symbol of self-reliance and a strong country. In the 2016 short story, on the other hand, it is regarded as something that should no longer be practiced.

On March 2 Tree Planting Day in 2017, North Korea’s official Rodong Sinmun newspaper said in its editorial that even if a war breaks out tomorrow, the country cannot stop the reforestation campaign, even for a moment, as it is aimed to hand property and wealth down to future generations. Apparently, North Korea believes reforestation is a grave task to be fulfilled without fail for the generations to come, although the process is long and challenging.

North Korea underlines future generations when talking about forest restoration, which cannot be achieved in a short period of time. The country seeks to devise policies, whatever they are, in an appropriate and perfect way so the policies will benefit descendants in the distant future, although they may not help the present generation. In this context, North Korea advocates a slogan, “Live today not for today’s sake, but for tomorrow’s sake.” It stresses reforestation as a noble, patriotic project to bring prosperity to many generations to come.

The subject of forest restoration for future generations is also explained in detail in North Korean literary works.

In a 2017 short story Melody of Life, a man understands his wife’s wish to become a forest ranger for the future of their son, Soonchol, and other children. When the son grows up and enters the military, the man makes up his mind to become a forest ranger, like his wife. The story delivers a message that it is important and noble to take future generations into consideration.

A 2018 short story Special Mission, set during the Korean War, shows a commander who excludes a South Korean forestry specialist and a young squad leader from a military operation. Ahead of the battle, the commander writes a letter to the two people, explaining he chose to save their lives because protecting forests is the sacred duty and honor given by future generations. He was determined to defend the forests, the future of the Korean Peninsula, with his own blood. The commander and all the other members of the military unit perish.

A 2016 science fiction Love the Forests revolves around a researcher at the ecological environment strategy institute at some point in the future. He dreams of making mountains green again by growing young trees and providing food to the people on a stable basis. His dream represents North Korea’s current reality and its wish to restore forests. The major setting for the story is a district, where bio-diversity and primeval forests, free from human disturbance, are well preserved. Here, North Korea pays attention to the value of the preservation of nature, not development.

In another science fiction released in 2019 titled Forests Growing Younger, a walnut tree appears. Planted from an artificial seed, the tree grows quickly. In just two years, the tree becomes as tall as a 15-year-old one and bears fruit, which is as big as an oriental melon. The story stresses the economic benefits of the large walnuts and the effects of the fast-growing tree on reducing greenhouse gases. The potential benefits and effects are what North Korea is wishing for. Using literary imagination, the story shows what the authorities want to achieve through its policies.

Perhaps, the young trees and the walnut tree shown in these fictions reflect North Korea’s hope to resolve the food shortage and the deforestation issue at the same time. In this way, North Korean literary works bring to light ecological issues and contain political messages the authorities want to deliver.

Unlike in the past, North Korean literature in the Kim Jong-un era highly values the ecological environment. For the restoration of the damaged environment and sustainable development, the country must solve basic problems first, such as food and energy shortages. It is also important to gain profound insight into relevant issues and secure the ability to actually address them. In line with the adjustment, literature will also change its description of issues related to ecology and environment.

It remains to be seen how the ecological issues shown in North Korean literature may actually work in real life.