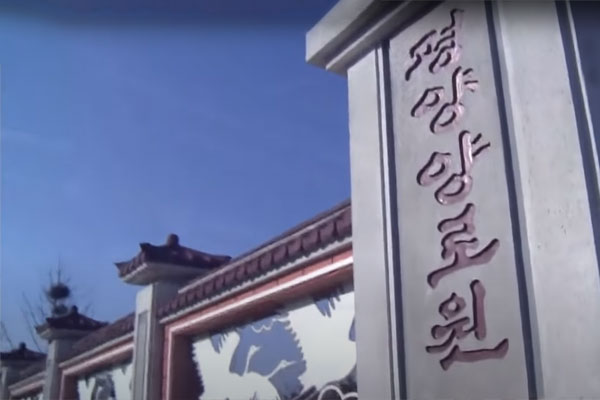 This song titled “Though the Years have Passed” is sung by old people in North Korea. The lyrics indicate that the elderly in the North live happy lives in their old age thanks to the Workers’ Party.

According to the United Nations’ report “World Population Prospects 2022,” North Korea’s population is expected to peak in 2033 and decline steadily to 20-million and 500-thousand in the year 2100, amid the nation’s falling birthrate and aging population. It represents a decrease of more than five million from the current population of 26-million. The United Nations’ International Day of Older Persons is observed on October 1 every year. Today, we’ll learn about North Korea’s policy for older people from Park Young-ja, research fellow at the Korea Institute for National Unification.

In line with its aging demographic trend, North Korea adopted the Elderly Protection Act in 2007 to devise support measures for senior citizens.

North Korea created the Elderly Protection Act for two main purposes. First, the state found it difficult to control people who moved around frequently for market activities. They were mostly married women and older people, and the state found it necessary to manage them properly. Second, the state rationing system almost collapsed due to the economic difficulties. As a result, older people could not receive food rations, prompting the government to take social responsibility for taking care of senior citizens, who are described as revolutionary forerunners in the North.

In North Korea, people who have long lives are used as propaganda. The North proudly says those aged over 90 have been able to live such a long life thanks to government benefits. It uses the long-lived individuals to prove the superiority of the regime.

North Korea’s Socialist Labor Law stipulates that the state shall look after, for free, the elderly and disabled persons who have lost labor capacity and have no people to take care of them in nursing homes or community homes. The Pyongyang Old People’s Home, located on the bank of the Taedong River in the capital, is the country’s representative welfare facility for the elderly that has often been covered by local media.

The building of the Pyongyang Old People’s Home was built in the traditional Korean style. Described by locals as a “palace for the elderly,” the nursing home is equipped with various cultural and welfare facilities including recreation and movie rooms. It is said that permanently stationed doctors provide free medical care to the residents. There, senior citizens are free to do exercise, watch movies and grow vegetables at a kitchen garden. They also enjoy various hobbies such as singing and dancing. Local media stress that users are quite satisfied with the facilities.

North Korea runs numerous childcare facilities, but it doesn’t really give support to nursing homes, which are actually little more than a name. In the North, the Socialist Women’s Union of Korea plays a significant part in taking care of the socially weak. Its primary mission is to support soldiers. Second, it manages roads and villages. Third, it supports orphanages and childcare centers. Nursing homes are put on the back burner. In the North, a nursing home is a sort of residential community for older adults who have no children or relatives who can take care of them.

In North Korea, each of big cities like Pyongyang, Gaeseong and Nampo as well as each province only has one or two large nursing homes equipped with good facilities. The Pyongyang Old People’s Home is a very special case. It is cited as the key example of the country’s social welfare policy in the Kim Jong-un era.

North Korean media stress that the Pyongyang Old People’s Home is a heartfelt gift given by dear leader Kim Jong-un to elderly people who receive love and respect as revolutionary forerunners.

Pyongyang is North Korea’s model city. In the capital, each institution has a model unit that has the mission to build a good country to live in. The government provides steady support to projects that promote older people or those who have earned medals for their contribution to socialist revolution. The Pyongyang Old People’s Home is a typical example. Current leader Kim Jong-un, unlike his predecessor Kim Jong-il, has advocated the people-first principle as his key ruling ideology. He emphasizes that the state should play an active role in protecting and looking after the people. The North should create model units that reflect the leader’s governing principle.

When North Korea held a national conference for war veterans in Pyongyang in July, local media highlighted the scene of leader Kim Jong-un caring for the old veterans, holding their hands. The media also reported the scenes of the veterans enjoying bathing in an open-air spa at the Yangdok Hot Spring Resort and using various recreational facilities there.

In the socialist North, it is said that retirees are provided with pensions and food each month. According to the country’s Socialist Labor Law, the state shall give senior pensions to workers who have reached the age of 60 for men and 55 for women if they have provided continuous labor for a certain period of time. However, North Korean defectors say that the law exists in name only. Let’s hear from a North Korean defector.

In North Korea, I was entitled to the senior pension program. But I couldn’t receive the pension properly, as the government didn’t have enough money to grant pensions. In the North, a piece of candy costs 100 won. Even if I collect all 700 won of my pension, I can only buy seven candies. Besides, the government stopped providing rations. How can older persons like me live? Some earn money at the private market or jangmadang. But only healthy people can do that. Older people who can’t eat well and have nothing to start business with cannot work at the jangmadang.

In the research material titled “Change in North Korean Society 2018,” the Institute for Peace and Unification Studies at Seoul National University asked North Korean defectors how older people in North Korea maintain their livelihoods. 55-point-two percent of the respondents replied that senior citizens in the North rely on their family, while 31 percent said North Korean elders earn money through market activities. A mere three-point-four percent said the elderly in the North subsist on old-age pensions given by the state and rations of rice.

The old-age pension system is enshrined in law, but the pensions are hardly ever paid. Even if a few people receive them, the amount is extremely insignificant. One US dollar is traded for five-thousand North Korean won in the unofficial market. But the average official monthly salary for North Korean workers is as little as about three-thousand one, which is less than a dollar. With that amount, it is difficult even to buy one kilogram of rice. But old-age pensioners receive a mere several hundred won a month, although the monthly pensions vary slightly from person to person, depending on the pensioner’s contribution to the state. It is fair to say that the pensions are meaningless. Moreover, many North Koreans don’t even know there is an old-age pension program. Most North Korean defectors are unaware of it.

Kotjebi is a Korean term referring to North Korean homeless children who beg for money and food and also steal goods and pick others’ pockets. These days, a new term, nojebi, is used to denote elderly North Koreans who wander around begging, as “no” in nojebi means “old.” The increasing number of elderly beggars in North Korea has emerged as a social problem, indicating many senior citizens in the country are in needy circumstances.

North Korea will soon pass an aging society to become an aged society. The aging population is significantly affecting North Korean society overall, just like in many other countries.

The aging population has already become a social issue in North Korea. Due to the relatively low average life expectancy, however, the population is aging rather slowly.  It will be a major problem after 2025, especially in military recruitment. At present, there are many young soldiers in the North, which has more than one million active-duty military personnel. But if those working in the arms industry are included, the number of military-related people amounts to two-point-five million, which is one-tenth of the country’s population. There’s the question of finding enough military personnel amid the aging population. The ongoing demographic shift will make it difficult for North Korea to maintain its conventional forces. It may have to advance combat capability by developing a high-tech defense system, while injecting more personnel into economic projects.

The aging population is a global issue. Economic growth and medical advances have led to longer life expectancy and the declining birthrate. Many countries around the world are concerned about how to prepare better to address the problem.

North Korea claims that its people can enjoy their youth even in their twilight years, thanks to the state benefits. It remains to be seen how the country will grapple with the grave demographic challenge of its aging population.