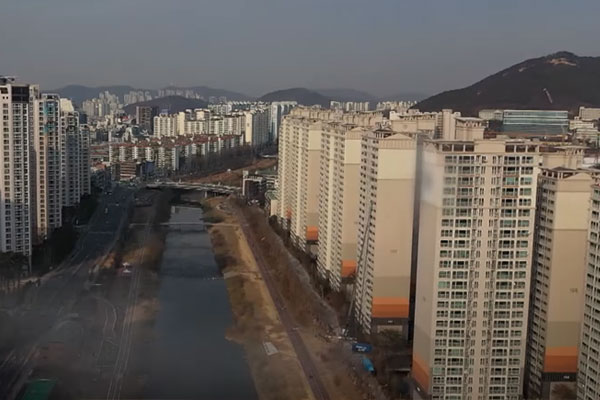 Do people in socialist North Korea buy and sell houses or apartments? The answer is yes. According to a 2018 report by the Korea Trade-Investment Promotion Agency or KOTRA, real estate transactions are expanding in major North Korean cities such as Pyongyang, Nampo, Gaeseong, Sinuiju and Rason, with housing prices rising. Citing a report by Reuters, KOTRA said North Korea is one of the world’s fastest developing property markets and it is assumed that the North Korean real estate market has grown at least ten times, compared to ten years ago. Testimonies of many North Korean defectors back up the assumption.

Today, we’ll learn about real estate in North Korea from Professor Jeon Young-seon from the Institute for the Humanities and Unification at Konkuk University.

Real estate refers to a parcel of land and everything attached to it, such as buildings and trees. Today, we’ll focus on houses in North Korea.

According to a 2013 survey of North Korean defectors by the Seoul National University’s Institute for Peace and Unification Studies, nearly 67 percent of the respondents had purchased their own homes in their home country. The percentage is almost five times higher than that of those who had been given homes by the state. But the meaning of buying houses in North Korea is very different from what South Koreans perceive.

In South Korea, trading in property has much to do with ownership. In the North, on the other hand, private ownership is not allowed, in principle, as the socialist country owns all property. House exchanges are possible, though. But equivalent exchange is difficult. So, if one moves to a better place, he or she pays the difference in some cases. This is a North Korean-style housing trade.

During the extreme economic difficulties known as the Arduous March period in the 1990s, North Korea suspended large-scale state-led construction projects, including housing construction. Moreover, the increasing housing demand of baby boomers who reached a marriageable age resulted in a serious housing shortage. Let’s hear from a North Korean defector.

The house where I was born had three bedrooms. My grandparents used the biggest room, and my parents and my unmarried uncle all lived in the house. So, the three generations lived together in the same house. Most North Koreans still live like that.

Formerly, the government built and allocated houses to citizens in North Korea. But it simply couldn’t afford to construct homes due to economic difficulties and therefore chose to resolve the housing shortage problem through private markets. In the process, types of home exchanges diversified. Especially after 2010, housing made up a significant portion of the domestic economy. Home transactions increased, in line with the construction of new houses in urban cities.

North Korean houses are mostly owned by the state, and individuals are given some kind of residency document or permit to use homes. It is no secret that such home-use permits are traded.

To solve the problem, North Korea adopted the Housing Act in 2009. Article 1 states objectives of the law, saying that it shall strictly adopt systems and order in the construction, transfer, taking over and registration, allocation, use, and management of homes and serve to guarantee the people cultural living conditions.

In the North, homes, in general, are assigned by the state. Citizens seeking to obtain homes are required to apply for the allocation to the people’s committee or the relevant institution, enterprise or organization.

In April, North Korean media reported the opening ceremony of luxurious apartments along the Pothong River in Pyongyang and delivered the news about leader Kim Jong-un presenting the new homes to people working in the propaganda and agitation area, including news presenter Ri Chun-hee.

According to North Korea’s Housing Act, homes must preferentially be provided to revolutionary fighters, families of revolutionary and patriotic martyrs, families of those who died in war, heroes, war veterans, discharged military officers, teachers, scientists, technical experts, people who did distinguished service and labor innovators. That is, homes are first assigned to particular social groups that are given preferential treatment.

Next in the home allocation order are laborers working in tough fields such as coal miners, miners, smelter workers, deep sea offshore fishermen and locomotive engineers. The law also stipulates that homes must be provided to families whose homes have been demolished due to urban planning projects and those who have lost homes as a result of natural disasters.

Homes are allocated by taking into consideration things like the number of family members, residential conditions and commuting conditions. People’s committees and relevant institutions that received application for home allocation assign newly constructed homes or empty houses where someone had lived before moving out to families that meet certain conditions. But even if a person is assigned a home, it doesn’t mean the person owns it.

In North Korea, everything is owned by the state, including houses. So, citizens who have been allocated homes are only granted “use” of the houses. The authorities issue a home-use permit, which indicates the name of the user and the address. The permit does not represent ownership, but it can be inherited or transferred. If a man moves to a different place due to his job, he has to return the permit and get a permit issued again in the new place. Some exploit the permit illegally, though. For example, one may not return the permit even after being assigned a new home and lets other people live in the home temporarily. The Housing Act specifies regulations about the permit use.

In North Korea, where houses are in short supply, many people have to wait for years to be assigned homes. As a result, some delay getting married or live with their parents after marriage. Others choose to co-habit in other people’s houses, if a small family lives in the house and if the house has two or more bedrooms. Of course, they also have to get a permit issued—a permit to use a co-habitation house.

On top of the housing shortage, people all wish to live in luxurious apartments. For that reason, irregularities are rampant in home allocation.

It’s a matter of supply and demand. Even though the housing distribution rate is high, apartments are not the same. In Pyongyang, apartments vary, ranging from new, high-rise flats with three bedrooms and two restrooms to old, multi-story units with a bathroom shared with neighbors. People all have a desire to live in new, luxurious apartments, which are never enough. Little wonder corruption and bribes are prevalent.

North Korea’s Housing Act prohibits acts of allowing cohabitation or accommodation in the home upon receiving money or goods, or by placing unfair requirements. It also bans acts of selling and buying homes that are the property of the state or illegally lending or brokering to other people. The law states administrative and criminal liabilities in cases where one has built a home without getting construction approval or in violation of the construction process.

However, it was difficult for the North Korean government to prevent citizens from trading houses. It seems the local housing market has expanded further in line with the emergence of new wealthy businesspeople known as donju, who have accumulated wealth through the private market or jangmadang since the 2000s.

Since Kim Jong-un came to power, North Korea has, in effect, blinked at the private market, giving rise to a large number of donju, who have contributed to expanding the housing market through close connections with those in power. The leader has pushed for massive construction projects in Pyongyang and other local cities, prompting the housing market to overheat

Kim Jong-un has strengthened his political power, based on city construction. High-rise, spectacular apartment buildings have contributed to enlarging the housing market and boosting relevant industries as well. An automaker has multiple partner firms. Likewise, the construction industry is not just about building houses. It is also related to various other production projects involving cement, windows and doors, and furniture. In other words, construction projects have an effect of stimulating the domestic market. I’d say North Korea implemented a new deal in the form of housing construction.

Currently, massive housing construction is in full swing in North Korea. The construction boom is expected to increase individual transactions and overheat the local housing market, though in a shady way.

As economic and social polarization is likely to deepen further, general citizens in the North may feel an even greater sense of deprivation.