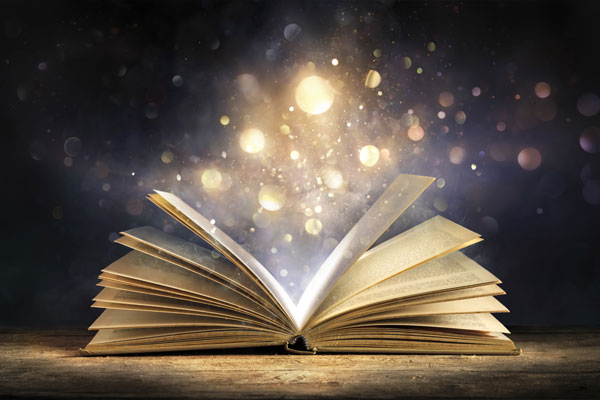 Genre fiction refers to fictional works created with the purpose of fitting into specific literary genres such as mystery stories, martial arts novels, fantasy and science fiction. Genre fiction is different from pure literature, as it focuses on readers’ interest and preference. This particular literary genre has grown fast in the South Korean publication industry in recent years. Sales of books have increased, of course, while publishing brands dedicated to genre fiction have emerged and more critics have reviewed relevant works. We can’t help but wonder if people in North Korea are also interested in genre fiction.

In South Korea, the publishing industry and popular culture overall have shown growing interest in science fiction or Sci-fi and fantasy. How about North Korea?

There are science fictions in North Korea, too. The Sci-fi genre typically explores a new, imaginary world, based on advanced science. It tells about something that could happen in the future. A fantasy story, on the other hand, is possible only in imagination and can’t be found in the real world. While science fictions are based on convincing scientific knowledge, a fantasy world is characterized by strong supernatural powers and fantastical elements.

In North Korea, literature, in general, plays a role in reflecting policies of the ruling party and spreading them to the people. Naturally, literary creations should be rooted in realism. It is hard to find fantasy, which is regarded as a mere daydream, in the North.

This is a North Korean child YouTuber named Song-A. She is known as the daughter of a North Korean diplomat who was once based in London and the granddaughter of Ri Ul-sol, the former Marshal of the Korean People’s Army. On her channel, she says her favorite book is Harry Potter.

Harry Potter written by J.K. Rowling is considered to have opened a new chapter in fantasy novels. The book series revolve around a young wizard named Harry Potter, a student at a magical school, who grows into a hero standing up against a dark wizard.

The Harry Potter series have sold over 500 million copies in more than 200 countries worldwide, translated in some 80 different languages. Interestingly, the story of the boy wizard was also published in North Korea.

North Korea translates and publishes foreign books, although it might seem to be the most closed country in the world. Many North Koreans have read Les Misérables and Gone with the Wind. But the North does not introduce all foreign literary works. It doesn’t translate novels that could make readers feel disillusion and fear about social systems and human life, such as George Orwell’s 1984 and Franz Kafka’s The Metamorphosis, which tells the story of a man who wakes up one morning to find himself turned into an insect. North Korea doesn’t translate Albert Camus’ The Stranger, where existential themes are shown, and The Scarlet Letter, which is described by some as being obscene because the works do not conform to North Korean ethical standards.

But North Korea is generous about accepting children’s literature, in which unrealistic fantasy is allowed. Foreign stories that have been enjoyed by North Korean children include The Snow Queen, Alice in Wonderland and The Wonderful Wizard of Oz. Harry Potter is not quite unconventional, in the context of children’s literature. But it is rather unusual for North Korea to embrace this contemporary work, since it indicates that the reclusive country keeps pace with the latest global trends.

In North Korea, the real books of Harry Potter are not found. But it appears that Harry Potter is available on the online platform “My Companion 4.3” in e-book format. Locals can download content such as music, e-books and videos on the platform, which seems to be updated in August 2019 before starting to provide service in 2020. It is unknown who translated the book. Those who hope to download the book have to pay 3,000 points, the highest price for any item on the platform. Harry Potter also ranks high on the list of popular content, reflecting that the book is drawing a positive response from local readers. Browsing chapter titles, I guess the book was translated very well, with the original meanings kept intact.

In June 2020, two years after the publication of the translated version of Harry Potter in North Korea, “Literature Newspaper,” a mouthpiece of the Joseon Writers’ Alliance in the country, said that readers are showing growing interest in the full-length children’s book, Harry Potter. In its review, the literary news outlet noted that the series have been published in many countries and have become popular among children and adults alike. It was considered unusual for North Korea to introduce a foreign novel about wizards and even award it a favorable review. But in October the same year, the media carried an article about “Limitations of Harry Potter.”

This time around, the book was criticized that it might mislead the readers, who may believe they can shape their own destiny as long as they have ability and skills in capitalistic society. It was also criticized for only focusing on arousing readers’ interest and ending up creating something bizarre. It came under strong criticism that the story, even with the progressive idea about children pioneering their own way, is about a magic world that is fanciful and far from reality.

Harry Potter may sound like a dreamy reverie in North Korea, which believes art should be rooted in realism. But science fictions are perceived differently. According to a theory on SF creation published in 1993 by writer Hwang Chong-sang, science fictions portray the activities, struggles and lives of people who explore science and technology.

In North Korea, fantasy should be created based on solid scientific knowledge, not on magical elements. Fantasy should depict an ideal world that people can build sometime in the future, although it is impossible to do so at present. North Korea began to create Sci-fi targeting children and teenagers in the mid-1950s, right after the Korean War. Sci-fi boomed in North Korea after the Soviet Union launched Sputnik, the first artificial Earth satellite, in 1957. The historic launch broadened the horizons of imagination from Earth to outer space, contributing to enriching literary creations. In particular, the space race between the U.S. and the Soviet Union in the 1960s triggered a Sci-fi boom in North Korea.

Sci-fi may remind many people of Brave New World, a dystopian novel written by Aldous Huxley. It describes a futuristic world where science and civilization are extremely well developed. Babies are born through artificial insemination, without knowing who their parents are. The state is fully responsible for childcare and education, and one’s future status is determined solely by intelligence. Scientific devices make individuals play their given role automatically, and a tranquilizer is handed out to all citizens to make them feel easy.

In this way, many science fictions warn that blind faith in scientific progress and human’s lavish greed could result in a dystopia. While reading science fiction, people imagine what the future will be like and reflect on themselves in their own way. But North Korean Sci-fi is different.

North Korea believes that its Sci-fi depicts scientific fantasy in a realistic and hopeful way, while criticizing Western Sci-fi for being ridiculously unrealistic and pessimistic. Stories about robots attacking humans or a dystopia to be destroyed by an alien invasion are never found in North Korean science fictions.

A Sci-fi titled Blue Ear written by Hwang Chong-sang, one of the most prominent SF writers in the North, portrays young scientists who develop plants that fight cancer in a unified Korea where science and technology are highly advanced. North Korean science fictions are mostly about developing new technology using science and discovering new materials to improve people’s lives and contribute to national development. A North Korean Sci-fi titled Airship that Captures Lightning is about harvesting lightning energy for an unlimited supply of electricity. In another Sci-fi, Hills of Tomorrow, genetic engineers make super-size plants.

North Korean science fiction typically tell the stories about resolving the country’s chronic food and energy shortages. They show how science and technology can contribute to building a utopia.

A North Korean science fiction titled Young Man on the Rainbow, which was released by literary magazine “Joseon Literature” in 2011, unfolds a story about how to transport a massive amount of fish after a sudden, huge catch of fish.

In this science fiction by author Shin Seung-gu(신승구), a researcher puts oxygen into the ocean and causes the nutrient-rich waters to produce a lot of fish. It seems the food problem has been resolved. But it is difficult to transport the enormous amount of fish to every corner of the country, due to inadequate vehicles and drivers. A young man proposes letting fish fly as a scientific solution. The official in charge of fish delivery dismisses his proposal because something like flying fish belongs to the realm of fairytales, not science.

The young man makes whirlwind pipes that are operated using the energy from solar lenses installed in a space station. And he does let fish fly using the pipes.

In the fiction, the son of the researcher is the young man on the rainbow. He was asleep for five years in a lab specializing in cryotherapy, a therapy that uses extreme cold, in an underwater hospital, after he had been exposed to harmful electromagnetic waves that were used to put nutrients into the ocean. It is common for North Korean science fictions to feature imaginary, high-tech elements such as AI robots, superluminal spacecraft, flying cars and the theory of a parallel universe. The fiction Young Man on the Rainbow shows North Korea’s hopeful imagination about abundant fish, in stark contrast to its chronic food shortage in the real world.

North Korean science fictions are meant to realize the authorities’ ideals in a scientific way, that is, to use scientific imagination to attain something impossible in reality. But analysts point out that rosy endings based on utopian ideals could limit one’s creative imagination.

North Korean science fictions are, in theory, based on scientific knowledge but they contain political purposes and ideological elements. Therefore, they are actually used as a tool to maintain the regime and strengthen the top leader’s power. With the imaginary world shown in the fictions getting closer to real politics, the novels reveal limitations and fail to display diversity.

Still, North Korea is likely to continue creating science fictions, since advanced science and technology are the driving force that future society depends on. In its Voluntary National Review report in 2021, North Korea presented some environmentally-friendly policies, such as reduction in greenhouse gas emissions, the use of plastic products and water pollution, as part of its national development plans. It will be interesting to watch how North Korean fictions based on realism will resolve these problems and depict a better, futuristic society.

North Korean science fictions generally describe a utopia where science resolves food and energy shortages, indicating that the country’s impending task is to address those problems.