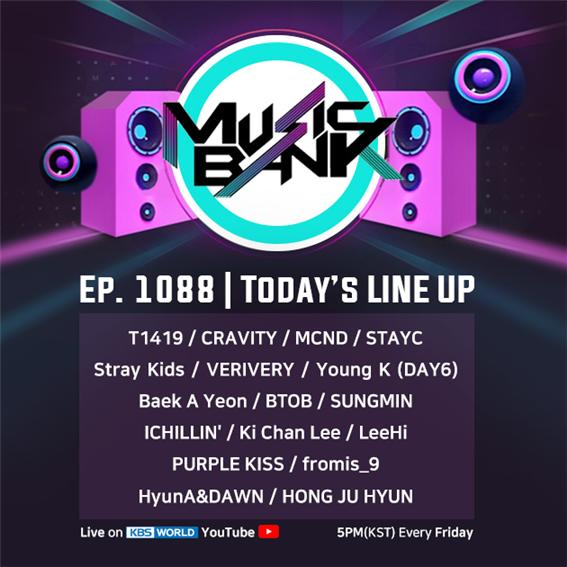 STAYC, one of the hottest K-Pop rookies, is back with < 색안경 (STEREOTYPE) >. Since debut, STAYC has been in a blaze of publicity with their debut track < SO BAD > and < ASAP > which went viral especially on short-form video platforms with its addictive melodies and dance moves. This time, they talk about people’s prejudices and how they judge others based on appearances. Through the title track < 색안경 (STEREOTYPE) >, they attempt to tell the world to break away from stereotypes and recognize each one of our individualities.

Meanwhile, Young K from DAY6 released his first EP < Eternal > and debuted as a solo. Young K talks about his will to sing and live with music forever throughout the various tracks in the album that were written by himself. In particular, the title track < 끝까지 안아줄게 (Guard You) > is a rock music based on EMO hip-hop rhythm and it is about one’s pledge to protect its lover regardless of difficulties and sacrifices.

You may check STAYC & Young K’s performances on Music Bank, which is streamed live on KBS WORLD TV YouTube, 5PM every Friday.