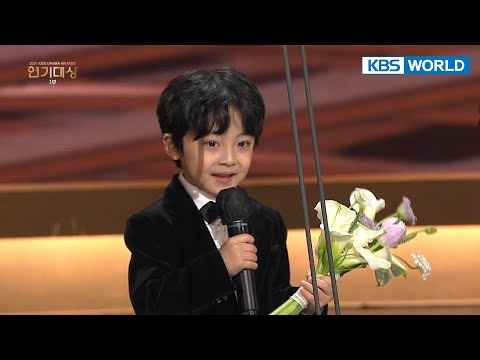 ⓒKBSThe 2021 KBS Drama Awards was held on December 31st to award various actors and actresses who took an active part in KBS dramas throughout the year.

Jo Yihyun showed an impassioned performance on < Youth of May > as Kim Myungsoo, the younger brother of the leading character Myunghee that was played by Go Minsi. Meanwhile, Seo Woojin performed as Lee Sejong, the son of the main character Lee Youngguk played by Ji Hyunwoo on < Young Lady and Gentleman >.