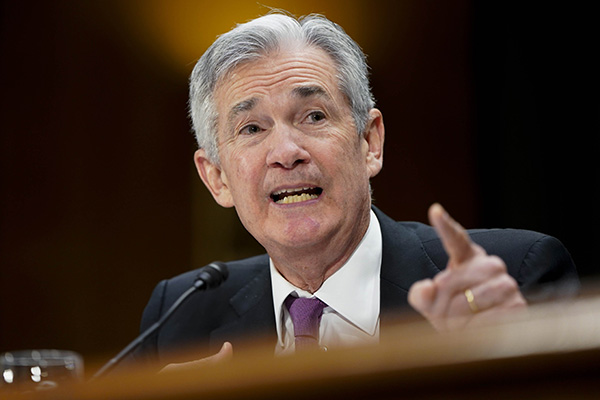 Countries around the world have sharply increased government spending to prevent their economies from slipping into a recession in the wake of the COVID-19 pandemic. As a result, debt in major economies has surged to levels of post-World War II times. Quoting data from the International Monetary Fund, the Wall Street Journal has reported that debt among advanced economies rose to 128 percent of global gross domestic product, surpassing the record of 124 percent set in 1946.

The problem is that the current global economy is different from the one in the 1950s. Today, advanced economies can no longer expect an economic boom of the postwar period. Here is economic commentator Chung Chul-jin to examine how serious the global debt situation is.

Back in 1946, the debt-to-GDP ratio among 40 advanced economies exceeded 120 percent. The figure was tallied at 128 percent in the first half of this year, meaning that the current debt level is even higher than the one right after World War II.

After the eruption of the global financial crisis in late 2008, governments around the world resorted to aggressive fiscal spending in an effort to overcome the crisis. In the wake of the COVID-19 outbreak, they have also provided a massive amount of liquidity in order to fight the pandemic, resulting in the highest level of debt since 1946.

As part of efforts to combat COVID-19, the U.S. laid out expansionary fiscal measures four times in the first half of the year to pump 3 trillion dollars into the economy. The European Union has also come up with a 750 billion-euro economic stimulus plan.

But it is uncertain whether the debt can be paid back. After World War II, advanced countries were able to reduce their debt quickly, thanks to the booming economy. In the late 1950s, France and Canada posted the annual economic growth rate of about 5 percent, Italy with 6 percent, and Germany and Japan with over 8 percent. The U.S. economy also grew by nearly 4 percent. In 2019, in contrast, the annual growth rates for the U.S., the U.K. and Germany stood at around 2 percent, while those for Japan and France were below 1 percent.

In February, March and April this year, the European continent was hit hardest by COVID-19, with the local economy paralyzed. At the time, some countries of southern Europe, including Italy and Spain, saw their credit ratings cut. Global credit appraiser Fitch Ratings revised down its outlook for Japan’s credit rating in late July, citing a drastic economic contraction caused by the pandemic. Following the Abe government’s distribution of a huge amount of the local currency, the Japanese economy seemed to rebound at some point. But it failed to revive after all.

Emerging markets face an even more serious situation than advanced economies. The IMF has forecast the fiscal deficit-to-GDP ratio among 40 major emerging markets will go up sharply this year.

In emerging markets, the debt-to-GDP ratio has climbed to nearly 63 percent. China’s debt situation, in particular, is so serious that it will come as no surprise even if something bad happens in the country tomorrow. China’s national debt-to-GDP ratio has already exceeded 300 percent. In brief, not only advanced economies, but emerging ones are deep in debt. Heavy debt often leads to currency depreciation, instability in foreign exchange markets and economic shocks. The Turkish Lira, the Mexican peso and the Russian ruble have plunged recently. Emerging economies are more vulnerable to debt risks than advanced ones.

Korea can hardly be free from debt problems. The Ministry of Economy and Finance has estimated that Korea’s national debt will account for 43.5 percent of the country’s GDP this year. The percentage doesn’t look too high, compared to major economies. But Korea’s debt is rising at a fast pace, which certainly merits attention. Its debt-to-GDP ratio was 17.2 percent in 2001, but it reached 30.3 percent in 2011 and jumped over 40 percent this year. Except for countries that have suffered from a financial crisis, it is hard to find any country that has seen its debt surging at such an alarming pace.

Korea is also exposed to foreign exchange risks. Countries that print key currencies, such as the U.S. and Japan, can print and distribute so-called helicopter money, without caring about debt ratios too much. But that’s not the case with Korea.

The Korean won is not powerful enough, compared to other major currencies such as the dollar, the euro and the yen. That’s why South Korea should always pay attention to its debt levels. On a disturbing note, Korea’s debt has increased rapidly, posting double-digit growth in recent years.

For South Korea, another serious problem is household debt. The country’s household debt of over 1,630 trillion won comes to 96 percent of its GDP. The percentage is the highest in the world. If the real estate market tumbles, it will have a negative impact on household debt and financial institutions as well. The high levels of household debt place a tremendous burden on the local economy.

Some analysts see the massive national debt held by major economies as part of “the new normal” in the post-COVID-19 era. They explain that government debt is not really a serious burden, considering that central banks have cut long-term interest rates and purchased government bonds to boost growth.

If the pandemic is protracted further, however, financially-vulnerable countries, including emerging economies, may possibly emerge as a detonator to trigger yet another global financial crisis.

Debt levels after World War II were pretty high. But after the devastating war, the debt was used to construct new buildings, roads and railways to accelerate growth. Today, it is rather skeptical that the debt will contribute to growth.

For now, it is absolutely necessary to implement effective quarantine measures against COVID-19 and bring it under control. After the successful fight against the virus, the authorities need to devise a long-term plan about how to repay the debt.

Many countries believe that mounting debt is inevitable for an economic recovery. Even so, excessive debt is undoubtedly a risk factor that may turn out to be a chain around the ankle of the global economy. It is necessary to bear in mind the IMF’s warning that public debt is the most important predictor of crises.