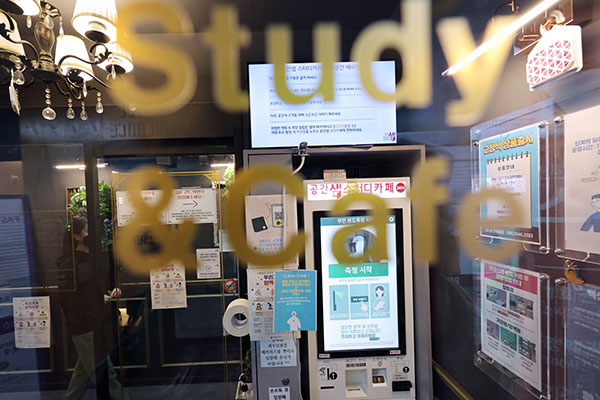 The court has placed a temporary hold on the government’s policy to make the COVID-19 entry pass system compulsory at private education facilities such as cram schools and study cafes.

The Seoul Administrative Court on Tuesday accepted a request for an injunction to temporarily suspend the system’s adoption at such educational facilities.

As a result, people will be allowed to access those facilities without showing vaccination evidence or a recent negative PCR test until the court delivers a verdict on a lawsuit that seeks to nullify the pass system requirement at similar education facilities.

Both the injunction and the lawsuit were initiated by civic groups, including the Private Education Association of Korea, against Health and Welfare Minister Kwon Deok-cheol on December 17, arguing that the measure breaches students’ rights, as well as rights of the owners of those facilities.

Under a special COVID-19 measure issued by the health ministry on December 3, private academies, study rooms and study cafes were obligated to adopt the entry pass systems.

For school-aged students, the requirement was set to be enforced from March.

The Ministry of Justice has instructed the health ministry to immediately appeal a court decision placing a temporary hold on the policy to make the COVID-19 entry pass system compulsory at private education facilities.

The ministry said Justice Minister Park Beom-kye issued the order on Wednesday given the importance of the quarantine system being implemented amid the prolonged pandemic.