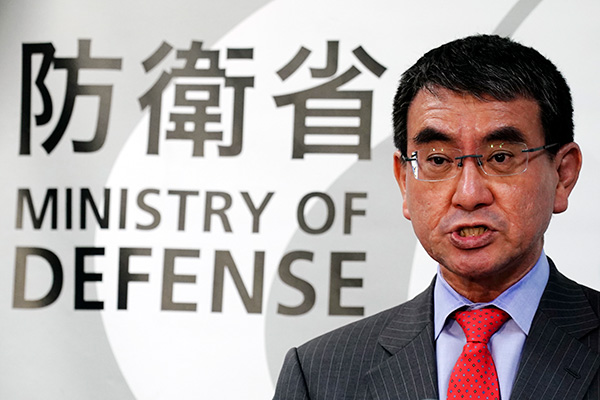 Japan's defense minister said it would be unnecessary to seek understanding from neighboring South Korea or China regarding Tokyo gaining the capability to mount a defensive first strike against an enemy missile launcher.

At a press conference on Tuesday, Japan's Defense Minister Taro Kono, who has aspirations of becoming the country's next prime minister, said such an understanding from neighboring countries would not be required when it comes to defending Japanese territory.

Any capability by Japan to preemptively strike an enemy missile launch pad or base would represent a fundamental shift in its military posture that could raise concerns among regional neighbors.