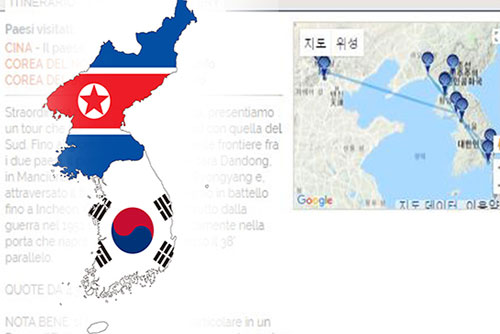 An Italian travel agency has released a package providing tours to both South and North Korea.

According to Radio Free Asia on Thursday, Mistral Tour, which is a subsidiary of Italy’s Quality Group, launched the tour package after getting final approval from the North.

The package provides a 15-day tour to China, North Korea and South Korea and will be available from March 27th to October 23rd next year.

According to the itinerary posted on Quality Group’s Web site, tourists who purchase the package will fly to Beijing from Italy and spend a night there before going on tours to Pyongyang, Gaeseong and Mount Myohyang in North Korea.

Since tourists can't directly cross over to South Korea from the North, they will enter the South via Dandong in China to check out Incheon, Seoul, Gyeongju and Busan before heading back to Italy.
Share
Print
List