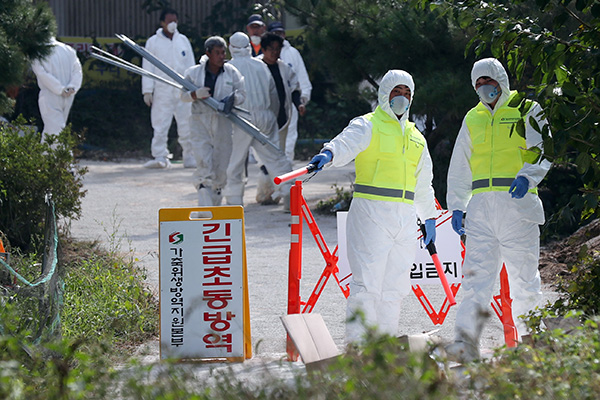 The Ministry of Agriculture, Food and Rural Affairs said that a suspected case reported on Wednesday at a pig farm on Ganghwa Island in Incheon resulted in a positive test for the virus.

This comes after a sixth case was confirmed earlier on Wednesday, also at a farm on Ganghwa.

So far, all seven cases have emerged from northern Gyeonggi Province and Ganghwa, all near the border with North Korea.

The government on Thursday extended a nationwide movement ban on pig farms, feed factories and slaughterhouses for another 48 hours until noon Saturday.
Share
Print
List